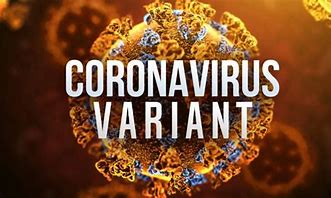 Nearly two years into the COVID-19 pandemic, the world raced Friday to contain a new coronavirus variant potentially more dangerous than the one that has fueled relentless waves of infection on nearly every continent.

A World Health Organization panel named the variant “omicron” and classified it as a highly transmissible virus of concern, the same category that includes the predominant delta variant, which is still a scourge driving higher cases of sickness and death in Europe and parts of the United States.

The new Covid variant, now named Omicron by the World Health Organisation, has arrived in Europe, with the first case confirmed in Belgium today. The WHO has declared it a “variant of concern”.

Laboratories at Leuven University found a case of the B.1.1.529 strain after an unvaccinated young woman tested positive on November 22.

“There is no reason to panic,” Frank Vandenbroucke, the Belgian health minister, said. “Caution and scientific analysis are certainly needed. It is a suspicious variant but we do not know whether it is very dangerous.”

The woman was not vaccinated, nor had she been infected in the past, and so had no immunity to the virus, doctors at the Leuven laboratory said. She did not suffer severely and had sought a test after suffering flu-like symptoms 11 days after a trip to Egypt via Turkey.

The finding is a cause for concern because the woman has no connection with South Africa or any other country in the region.

She had a high viral load but did not report any risky contacts, except in her household, where no one else became ill.

A track-and-trace investigation has begun among her family and other contacts.

Like Britain, Germany, Italy and most other European countries, Belgium has banned travel from countries in southern Africa. “As a precaution, we must shut down all transmission channels. We agree with that,” Vandenbroucke said.

Further countries are likely to be added to the red list, the British health secretary warned, as he said that the variant was expected to have spread further than known at present. The WHO has classified the variant as Omicron after the 15th letter of the Greek alphabet.

However, Sajid Javid insisted that there was no need for domestic restrictions to control the spread of the variant “of huge international concern”.

He said that discussions were taking place on whether to ban flights from other countries that the Omicron variant might have reached.

But the government continuing to rely on booster jabs to keep the pandemic under control, with Javid saying that vaccination remained “the primary form of defence in our country”.

He rejected calls for fresh domestic restrictions, saying: “Plan A remains the policy, I think, that we need at this time.”

While hard data is presently lacking, Javid said: “Early indication show this variant may be more transmissible than the Delta variant, and current vaccines may be less effective against it. It may also impact the effectiveness of one of our major treatments, Ronapreve.”

But he insisted: “The UK remains in a strong position. We’ve made tremendous gains as a result of the decisions that we took over the summer, and the initial success of our booster programme.”

He told Britons that having a booster was “the single most important thing they can do” to help control the pandemic, adding: “Regardless of the news around this variant, the booster programme remains absolutely crucial and in fact if anything, it’s even more important.”

Given the uncertainty about whether the variant is spreading in areas beyond the six southern African countries red listed today, he said: “We are continuing to make assessments, including about those countries with strong travel links to South Africa.”

Asked if other countries would be added to the red list, Javid said there were “very live discussions going on around whether we should and when we might add further countries and we will not hesitate to act if we need to do so”.

Compulsory hotel quarantine does not come into effect until 4am on Sunday, as an early start is not considered practical, and Javid said that a flight ban had been imposed from today to prevent large numbers of arrivals in the meantime.

He said that if other countries were added to the red list “we would consider banning flights” immediately in the same way.

While acknowledging disruption for travellers in southern Africa, Javid said he would do “nothing” to bring them home this weekend.

“We won’t do anything to help them get back before this [Sunday] deadline because I think [for] anyone in South Africa, the best thing to do is to come back after 4am on Sunday and go to hotel quarantine,” he said.

Chris Whitty, the chief medical officer for England, described travel bans as “precautionary” as he said it was too early to know how serious the new variant would be.

“There’s an awful lot we don’t know and I think it’s probably not terribly helpful to speculate,” he said.

“We know that this is a fast-spreading variant that is in relatively small numbers of people, generally young adults at this point of time, relatively localised, but it has spread to some other countries in very small numbers.”

Whitty told a conference organised by the Local Government Association: “If things look as though they’re less bad than currently they might be, then we can ease back. But it makes sense to take precautions early on and in particular to take precautions to slow down the arrival of this in the UK.”

Grant Shapps, the transport secretary, said earlier that it was unlikely that the new variant had arrived in Britain but warned that the spread of the mutation around the world was “inevitable”.

He said that the government’s decision to ban travel from Botswana, Namibia, Zimbabwe, Lesotho and Swaziland as well as South Africa from noon today was about “buying time”.

A senior health official warned that the variant spreading in South Africa was the most complex and worrying seen yet. Dr Susan Hopkins, the chief medical adviser at the UK Health Security Agency, said that the Omicron variant had twice as many mutations as the Delta variant. “The first look at it shows it has a variety of different mutations, it’s got 30 different mutations that seem relevant, that’s double what we had in Delta,” she told Today on Radio 4. “It is the most worrying [variant] we’ve seen.”

Shapps said that the government had acted quickly despite the relatively low number of cases because of the risk of the Omicron variant spreading, but said there were no plans to introduce domestic coronavirus restrictions.

“It is inevitable, of course, that it will go all around the world if it is going to do so,” he told Today. “So this doesn’t prevent it from coming here but it slows things up and gives us a chance to grow the cultures and test those questions about vaccines and treatments against it.”

South Africa’s foreign minister has accused the UK of being “a bit rushed” in imposing a travel ban.

Naledi Pandor said she hoped to persuade Britain “to reconsider its decision” which was quickly followed by European and Asian nations.

“Our immediate concern is the damage that this decision will cause to both the tourism industries and businesses of both countries,” Pandor said in a statement that lamented the UK’s move “as even the World Health Organisation is yet to advise on the next steps”.

The travel curbs provoked fury on social media and revived complaints that South Africa has been punished again for its advanced genome surveillance capabilities and swiftness to make results public.

Tourism chiefs condemned the bans as “a knee-jerk reaction”.

The B.1.1.529 variant has a number of mutations that suggest that it could escape immunity or transmit faster.

No cases have been confirmed in Britain and scientists say that they do not yet know whether the Omicron variant can escape vaccines or spread faster than Delta.

Experts at the Health Security Agency came away deeply concerned after a meeting with their South African counterparts on how quickly it appeared to be spreading, barely two days after it came to international attention. “South Africa has had some big waves and should have a high level of immunity. The fact that it’s spreading rapidly in a place that you’d think would be reasonably well protected gives us cause for concern,” a government source said.

From 4am on Sunday, only British or Irish citizens or people with the right to reside in Britain will be allowed to enter from South Africa. “If anyone arrives before then they should self-isolate at home and take a PCR test on day two and day eight,” Javid said. “And if anyone has arrived from any of those countries over the last ten days, we would ask them to take PCR tests.”

Any British residents arriving from South Africa after Sunday morning must stay at a government-approved hotel for 11 nights at a cost of £2,285 per person.

The move threw the travel plans for thousands of Britons into chaos last night. Such is the speed of the ban, airlines will be unable to lay on extra flights for Britons scrambling to get back. Holiday companies will be forced to repatriate their clients to the UK using indirect routes. They will also cancel all scheduled departures.