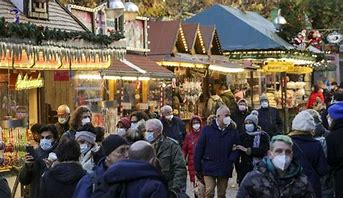 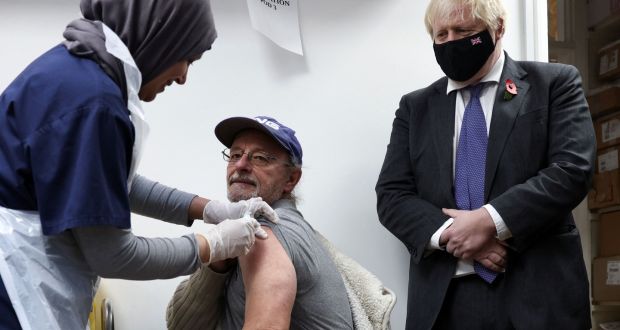 For much of the autumn, the UK was buffeted by the worst Covid-19 wave in western Europe.

But surges in coronavirus infections and hospital admissions on the continent in recent weeks, set against a fast-paced booster rollout in the UK, have prompted a change in fortunes.

Daily Covid-19 caseloads per 100,000 citizens in the UK now rank behind more than 10 European countries, including Belgium and Greece, while the UK’s daily rate of Covid-related fatalities per 100,000 is 40 per cent below the EU average, according to a Financial Times analysis of official data.

Although some western European countries currently have lower case rates than the UK, numbers have risen 30 per cent over the past week in Germany, 59 per cent in Spain and 83 per cent in France, compared with an 8 per cent rise in the UK.

Much of this can be put down to the successful UK booster jab campaign, while a combination of lower vaccine coverage, less infection-acquired immunity and later reopenings from lockdown has put much of Europe on a different trajectory, according to scientists and officials.

Philippe Douste-Blazy, a former French health minister who now serves with the UN, told the Financial Times that the UK had “acted sensibly” by “turning [its] attention to boosters earlier than the rest of Europe”.

A booster uptake of nearly 80 per cent among eligible over-60s in the UK has led to an easing of hospital pressures in the past fortnight. Some 70 per cent of people who received their second dose at least six months ago in the UK have had a booster shot, compared with 52 per cent of eligible citizens in Germany and 43 per cent in Italy.

“The UK chose to have a long, broad peak, while much of Europe will have a small but very high peak” said Jeroen van der Hilst, associate professor of immunopathology at Hasselt university in Belgium.

“At some point, you have to face up to unvaccinated people getting infected and breakthrough infections … The UK was wise to do that during the relative calm of summer [as] we are only just doing it now.”

Mark Woolhouse, professor of infectious disease epidemiology at Edinburgh  university, added: “In the UK, the Delta wave, problems with waning immunity and the onset of indoor mixing [over winter] happened separately.

“In countries like Austria, they’re occurring all at once and it’s creating the perfect storm.”

UK primary vaccination rates are also ahead of some of Europe’s worst-affected countries. In the UK, just 13 per cent of over-12s have not received a first vaccine dose, while in Germany and Austria this figure is above 20 per cent.

However, John Edmunds, professor of infectious disease modelling at the London School of Hygiene and Tropical Medicine, pointed out that the UK coronavirus strategy “has not been cost-free”.

Some 15,000 people have died from the virus since the UK emerged from lockdown in the early summer and more than 100,000 Covid-19 patients have been admitted to hospital.

Between mid-July and the start of the European wave in October, the UK recorded the fifth-highest per-capita death toll in the continent, although surging deaths in eastern Europe have since moved several other countries higher.

Countries such as Spain and Portugal, with higher vaccination coverage, low infection rates and mitigations such as mask-wearing still in place, were in a “far better position”, Edmunds added.

Woolhouse made the point that the UK “had an awful lot of natural exposure” as a result of the high level of infections since the summer, meaning that overall immune protection could be “among the highest” in Europe.

In Germany, daily Covid-19 cases are nearing the UK level, prompting a warning this week from Angela Merkel, outgoing chancellor, that current measures were “not sufficient”. In contrast, Boris Johnson, UK prime minister, insisted this week that there was “nothing in the data saying we need to move to Plan B”.

Pascal Soriot, chief executive of  AstraZeneca, noted this week that its coronavirus vaccine developed with Oxford university can help stave off serious Covid-19 illness in older people for longer, as he contrasted the lower hospitalisations in the UK than much of Europe.

However,Danny Altmann. professor of immunology at Imperial College London, said it “takes a brave person to put [the difference] down to one thing”.

Priesemann added that the UK “probably stands to gain more” from its booster campaign in large part because of the “more dramatic waning of immunity” associated with the Oxford/AstraZeneca jab.

Tim spector, professor of genetic epidemiology at King’s College London, predicted that a “negligible amount” of triple-jabbed people would be admitted to hospital over winter.

Protection against symptomatic infection was 93.1 per cent for people aged 50 and above who originally received the AstraZeneca jab and 94 per cent for BioNTech/Pfizer recipients a fortnight after their Pfizer booster, according to the UK Health Security Agency.

“Taking [those with boosters] out of the equation will prove vital for health systems,” said Spector.

The Spate of Insecurities in Imo; Uzodinma And Bandits: The Issues And The Suspicions