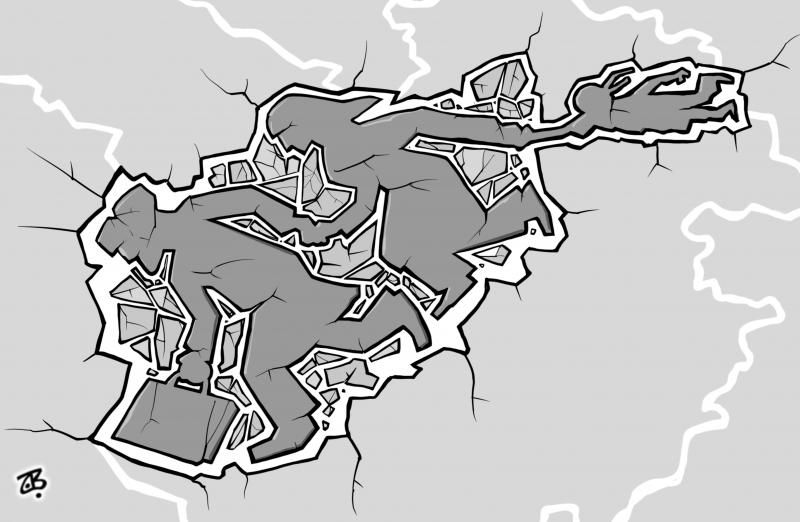 Since 2009 Afghanistan has suffered more than 100,000 civilian casualties. Rossella Miccio, president of Emergency, uses hospital data to recount the tragic story of this country – but also the prospects for peace and development.

Political and economic upheaval could cause not only waves of refugees but also another Afghan civil war.

Afghanistan has suffered more than 40 years of war. The statistics are pitiless: in 2019, 60 out of every 1,000 children under the age of five died. The equivalent figure in Europe was 4. The Afghan people, who had begun to hope for a peaceful future in 2002, have come to the bitter realisation that, although the actors change, the daily reality is not improving.

These numbers represent, even if only partially, the tragedy that the Afghan people have experienced. Reading them, it is easy to give in to the narrative of a country without hope. However, there are those who do not give up and who, through a longstanding presence in the country alongside the population, continue to make interventions based on human rights.

EMERGENCY has been working in Afghanistan since 1999, before the start of the war on terrorism. Since then, it has never left the country. The images of EMERGENCY’s hospitals are often used to show the realities on the ground. It all began with a surgical centre in the Panjshir Valley to offer free treatment to war victims. This was followed by a paediatric centre and a maternity centre in the same complex.

In April 2001, in Kabul, then still in the hands of the Taliban, a second surgical centre dedicated to war victims was opened. A surgical centre in Lashkargah, in the southern Pashtun province of Helmand, followed in 2004. The hospitals are linked to a network of 44 first-aid posts and clinics spread over 30 districts. Over the past 22 years these facilities have proved a useful vantage point for observing the evolution of the conflict.

Looking at UNAMA’s data, a significant trend emerges: the steady increase in casualties and violence. From 2001 to 2020, EMERGENCY’s hospitals have seen a 632% increase in patients received. The figure increased from 686 wounded per year to 5021, with a peak of 7106 patients in 2018. 40% of war victims treated in our hospitals are women and children.

But while the work in the hospitals confirms the trend in the data, it also provides an opportunity to observe what can be achieved through a policy of cooperation and respect for human rights.

During 22 years in Afghanistan, EMERGENCY has spent about € 133 million, collected from private and institutional donors and, more recently, from the Afghan government. In addition to treating millions of people, this sum has enabled new specialist doctors and health personnel to be trained, employing about 2500 Afghans. The observations enabled by working in the hospitals has helped raise awareness that investing in health means investing in the future of the Afghan population, through the rebuilding of essential services and the provision of jobs, including for women.

Health is one of the few sectors in which the new government explicitly allows the participation of female staff, including trainees. Offering jobs and long-term, officially-recognised vocational training is a key element in rebuilding a country devastated by conflict. It fosters development, restores dignity and hope, improves services and lays the foundations for a healthier social fabric.

Today, however, the political situation is far from stable, and the economic crisis could lead to yet another civil war. This might benefit more radical forms of Islamic extremism than the Taliban, given that such radicals are extremely active in several provinces. Moreover, according to the World Food Programme, with winter looming for the 39 million Afghans still in the country, some 23 million of them risk hunger and even famine.

It is our moral duty to start building peace through the practice of rights – not just with words, let alone weapons

It is essential to quickly guarantee protection and assistance to the population by contributing as soon as possible to the urgent appeal launched by the United Nations for $ 1.2 billion in humanitarian aid and development cooperation.

EMERGENCY, together with other organizations active in the country, is urging European decision makers to take all necessary measures to quickly send humanitarian aid to the population in need. It is also imperative to restore the bank transfers that are essential to support the assistance projects already underway and the new ones that will be necessary.

However, it would be short-sighted to think only of the Afghans still in Afghanistan. An increase in outbound migration from the country, often towards Europe, has already begun. Those who undertake this journey have enormous needs and reception requirements. It is crucial to oppose the closure of European borders in the name of security and migration containment.

The absence of a European commitment to receive Afghan refugees will not prevent the arrival of people in need at our borders. International protection must be guaranteed to Afghans in Europe – to those who have been knocking at our door for years, fleeing war, and to those who are now leaving the country. Respect for dignity and human rights should be the only criterion.

It is our moral duty to start building peace through the practice of rights – not just with words, let alone weapons. In recent months Afghanistan has once again made the headlines. But the Afghans, despite the eyes of the world being on them, find themselves alone in the despair caused by the war.

They have been betrayed by a local political elite that has shown incapacity and uninterest in the fate of the country, and by a Western community that has not kept the promises made over the last 20 years. Now, more than ever, it is imperative not to disregard or dash the expectations of the Afghans, hopes which the international community has been nurturing for 20 years.