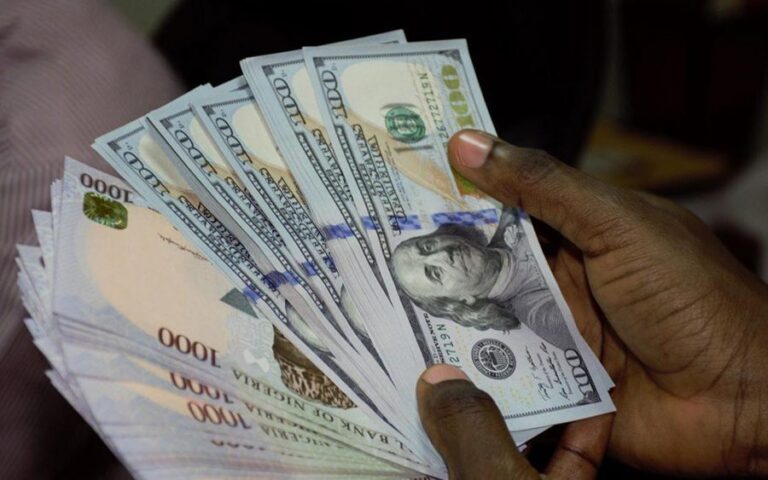 The Nigerian naira gained marginally against the US dollar at the parallel market to trade at N565 per dollar.

This figure is N5 or 0.9 percent higher than the N570 it traded last week.Street traders across forex markets in Lagos who spoke to

On Wednesday the naira was quoted at N565 to a dollar.

A parallel market (street market) is characterised by noncompliant behaviour with an institutional set of rules.

The CBN has consistently maintained that the parallel market represented less than one percent of foreign exchange (FX) transactions and should never be used to determine Nigeria’s naira/dollar exchange rate.

Checks by TheCable showed that the country’s foreign reserves have dipped by $53 million in the last 20 days.Ahead of yuletide, it is expected that the Central Bank of Nigeria (CBN) will intervene at the forex market by pumping more dollars to avert a sharp fall.

According to data on the CBN website, foreign reserves dropped from $41.1 billion at the beginning of December to $40.6 billion as at December 20.

On the official market side, the naira appreciated by 0.02 percent to open at N414.04 to a dollar on Wednesday, according to data on FMDQ OTC Securities Exchange, a platform that oversees official foreign-exchange trading in Nigeria.