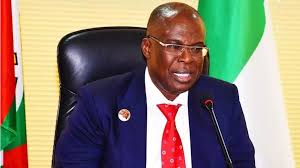 Agency had in March this year released a pricing template that indicated the guiding prices for the month.

The template, which showed that petrol pump price was expected to range from N209.61 to N212.61 per litre, was greeted with widespread public outcry and was later deleted by the agency from its website.

The pump price of petrol has remained at between N162 and N165 per litre at many filling stations in Lagos since December.

The template, which was based on an average oil price of $62.22 per barrel for February and an exchange rate of N403.80 to a dollar, showed that the landing cost of petrol was N189.61 per litre.

Last month, the Central Bank of Nigeria devalued the naira as it adopted the NAFEX exchange rate of N410.25 per dollar as its official exchange rate, days after removing the N379/$ rate from its website.

The price of crude oil, which accounts for a large chunk of the final cost of petrol, has continued to rise in recent months, with Brent, the international oil benchmark, closing at a record high of $76.18 per barrel last Friday, up from $73.88 per litre on June 16.The Group Managing Director, Nigerian National Petroleum Corporation, Mele Kyari, said on March 25 that with the current market situation, the actual price of petrol could have been anywhere between N211 and N234 per litre.He said the Federal Government was subsidising petrol with about N100bn to N120bn monthly (N3.3bn-N4bn daily) as it was being sold for N162 per litre.

In April 20, 2021 it was estimated that the subsidy on petrol would gulp N500bn in the first five months of this year as the Federal Government decided to leave the pump price of petrol unchanged in the period despite the increase in global oil prices.

The NNPC, which has been the sole importer of petrol into the country in recent years, is still being relied upon by marketers for the supply of the product despite the deregulation of the downstream petroleum sector.

This month, the International Monetary Fund expressed concern over the resurfacing of fuel subsidies in Nigeria, describing it as ‘concerning, particularly in the context of low revenue mobilisation’.The Federal Government had in March 2020 removed petrol subsidy after reducing the pump price of the product to N125 per litre from N145 following the sharp drop in crude oil prices.

“The recent introduction and implementation of an automatic fuel price formula will ensure fuel subsidies, which we have eliminated, do not reemerge,” the Nigerian government had told the IMF in the letter of intent dated April 21, 2020 with respect to its request for emergency financial assistance of $3.4bn.

In February this year, the IMF said in a report after its Article IV consultation with Nigeria that the Nigerian authorities expressed strong commitment to prevent fuel subsidies from resurfacing and to fully eliminate electricity tariff shortfalls by mid-2021.But petrol subsidy re-emerged earlier this year as the government did not allow the pump price of the product to reflect the significant rise in oil prices.

“The mission expressed its concern with the resurgence of fuel subsidies. It reiterated the importance of introducing market-based fuel pricing mechanism and the need to deploy well-targeted social support to cushion any impact on the poor,” the IMF said on June 17.Deregulate price to curb smuggling of product – IPMANThe National Operations Controller, Independent Petroleum Marketers Association of Nigeria, Mr Mike Osatuyi, in an interview with our correspondent, noted that the Group Managing Director of NNPC, Mallam Mele Kyari, had said last week that the pump price of petrol should be about N256 per litre.He said the subsidy being spent on the product had increased significantly, saying, “The best thing is for the government to deregulate the price of petrol to curb the smuggling of the product outside Nigeria to neighbouring countries.

“As long as the price of crude oil continues to rise and the pump prices of petrol remain the same in Nigeria, subsidy will increase and petrol smuggling will continue.”Subsidy payment increases reduce funds for infrastructure development – RewaneAnalysts at the Financial Derivatives Company Limited, led by economic expert Bismarck Rewane, said they expect the positive sentiment of rising global demand to continue to impact the oil market in the next four to six weeks, keeping oil prices elevated above $70 per barrel.They said in a new report, “While this is good news for Nigeria in terms of increased government revenue and dollar cash flows, it also has its downside.“Since Nigeria imports all its refined crude, higher oil prices amid an exchange rate adjustment implies that landing costs have increased.

“Since fuel prices remain unchanged at N165/litre, it could mean that subsidy payments have increased, reducing the funds available for infrastructure development. Or, it could signify another petrol price increase in subsequent months. If this happens, it could stoke social unrest in an already terse socio-economic environment.”