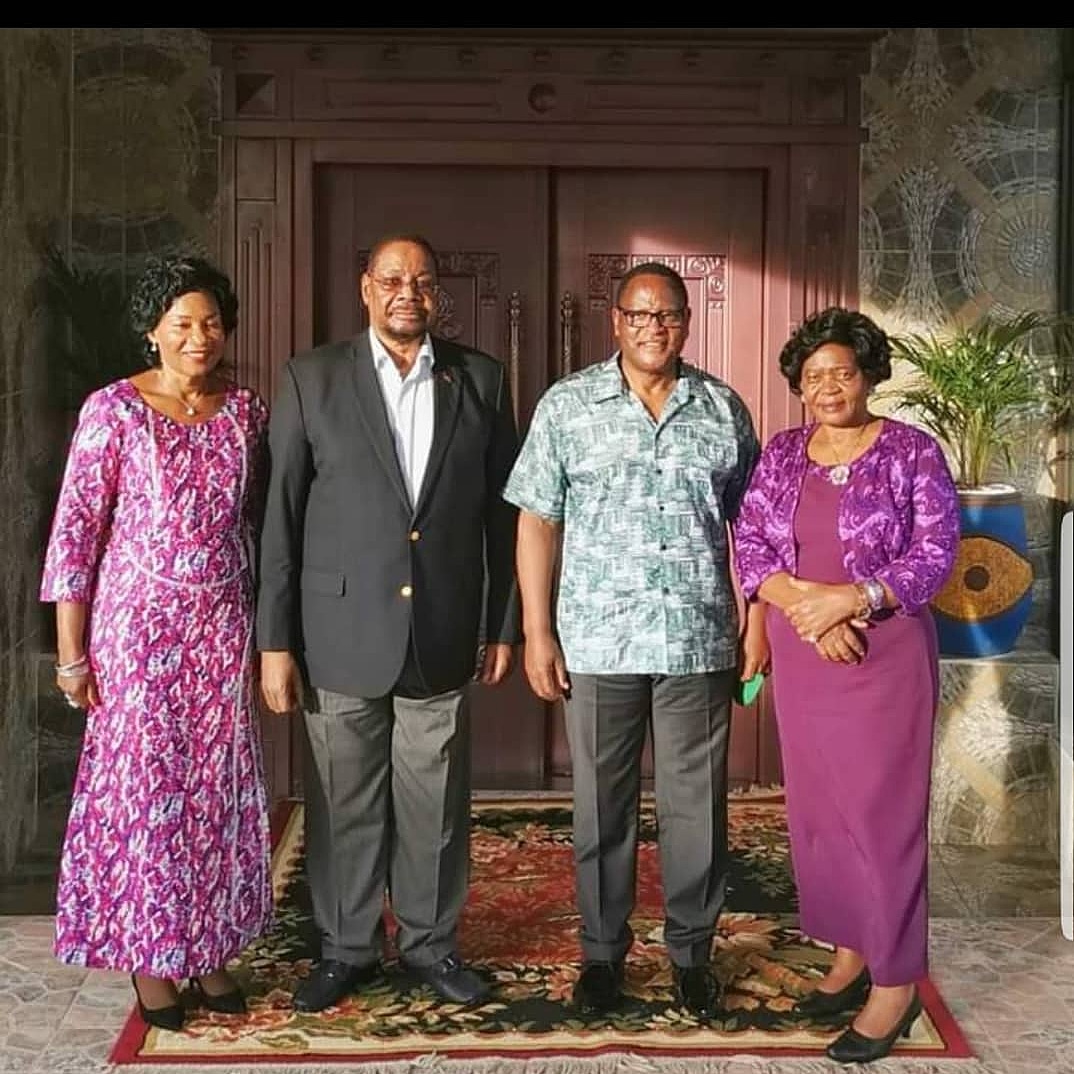 The public was excited to see the image of the two leaders meeting. It appears this is what most Malawians wanted to see occur in the country. Analysts who follow Malawi politics have highlighted that the meeting of these leaders surely sets a good example for other nations.

This gesture has received commendation from all quarters. The words of Ambassador Nyau King, Limbani Kalilani reflect the thoughts of all who are invested in the progressive future of Malawi. In his words, “In my capacity as the Malawi and Southern African region ambassador for London Political Summit, I would like to commend former president H.E Prof Peter Mutharika and the president H.E Lazarus Chakwera for the display of extraordinary statesmanship they both continue to show the great country of Malawi. The humility and peace they continue to practise is exemplary and the country is only glad to take note and follow with extreme pride. The courtesy call paid by our current president to the former president’s residence at Villa Mutharika in Mangochi during this festive season is a symbol of unity in a country which a few months ago would have embraced deep division.”

It should be noted that since the first multiparty government in Malawi 1994, there has always been rivalry between the sitting president and the former, even to an extent where the two could never sit at the same table or back the same policies. This came to be accepted as the norm. After every election, the losing party would always shun the inauguration clearly showing its unwillingness to support the incumbent government.

Ambassador Kalilani further stated that “Both leaders have shown the whole world that no individual is greater than a country they’ve been chosen to serve. London Political Summit team and I wish both political leaders all the best as they embrace peace and unity in one of the most beautiful countries in the world. May our great country continue to enjoy this renewed promising union for betterment of it’s people. God bless Malawi”

Few months ago, a United Kingdom leading Think Tank – London Political Summit applauded the two leaders for facilitating a peaceful transition of power and awarded them with the Uhuru/Raila Peace Accord. This is an award that is given to leaders that have demonstrated great leadership fostering peace through their actions in their country.

In its statement, the London Political Summit pointed out that President Chakwera, through his Hi5 principles has helped to promote peace and unity in Malawi. The leading think tank also commended the former President, Prof Mutharika for not inciting violence after the elections as he was instrumental in calming tensions in the polity.

What the two leaders have done in Malawi symbolizes the essence of democracy. Not long ago the country’s judges received recognition from the Chatham House for demonstrating high levels of integrity and judicial independence.

It is generally believed that Malawi is ending 2020 on a high note and this should be a good precedent for all of political analysts, leaders and participants to follow. A nation can only progress when catalysed by unity and Malawi is surely on that path, thanks to the statesmanship of these leaders at the helm.