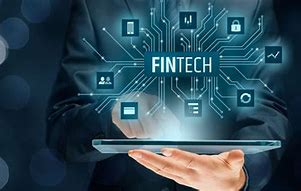 Despite the worth of Nigeria Exchange Limited (NGX), estimated to be in excess of N20 trillion, financial technology (Fintech) firms are looking beyond the shores of Nigeria in pursuit of mega investments overseas.

Findings show that Nigerian Fintechs are approaching investors and getting funded, especially from venture capitalists (VC) in countries such as United States, United Kingdom, Switzerland and Belgium. From these offshore destinations, these Fintechs have raised some $876.5 million in the last six years.

According to the African Tech Ecosystem of the Future 2021/2022 Ranking compiled by fDi Intelligence of Financial Times, in collaboration with Briter Bridges, Nigeria has the highest number of startups in Africa with most of them operating within the Fintech sector because of the under-provision of banking services in the country.

Report has it that since 2010, more than $50 billion has been invested in almost 2,500 companies worldwide as FinTech redefines the way in which people store, save, borrow, invest, move, spend, and protect money.

However, despite its over N20 trillion worth, with about 170 companies listed on the NGX, only about eight firms from the technology and telecoms sector, including MTN, Airtel, Chams, CWG, eTranzact, Tripple Gee, Courteville Business Solutions and Omatek have their shares on the local bourse.

Checks showed that Flutterwave raised $170 million in its latest round of funding to increase its customer base in the global market; Visa in November 2019 invested $200 million in Interswitch and will recoup 20 per cent stake from the company, which is valued at no less than $1 billion.

Decagon, a tech startup, which combines lending, training and job placement together, recently closed a $1.5 million seed equity round from early-stage VCs as well as a $25 million student loan financing facility from Sterling Bank, while Kuda raised $1.6 million in 2019.

The African tech startup space has continued to be dominated by Fintech companies. All the top six funding raised on the continent so far in 2021 have been raised by Fintech firms. They are Opay (Nigeria – $400 million), Wave (Cameroun – $200 million), Flutterwave (Nigeria – $170 million), MNT Halan (Egypt – $120 million), TymeBank (South Africa – $109) and Chippercash (Uganda – $100 million).

Nigerian payment’s company, Opay, is the only Fintech from Africa to make the hallowed Top 250 list for the second consecutive year. Last year, Africa had three startups on the list: Nigeria’s Opay and Palmpay, and South Africa’s Yoco.

This perennial issue of the inability of the nation’s capital market to attract Fintechs, International Oil Companies (IOCs), among others, was brought to the fore at the just concluded 2021 National workshop of the Chartered Institute of Stockbrokers (CIS) as operators underscored the need to develop a focused strategy that would revive the primary market segment to attract Initial Public Offering (IPO), new issues and stimulate investment in capital market.

Stockbrokers bemoaned the long wait for IPO resurgence in the market, noting that this segment of the market forms equity capital, which the Nigerian economy direly needs to create wealth and generate productive employment for teeming youths.
They also expressed worries about the inability of Fintech companies to access funds from the capital market, arguing that the sustainability in Nigeria’s Fintech ecosystem will require existing and emerging financial services startups to have access to the capital market.

According to them, Fintechs should be able to raise capital by inviting long-term investments, trading equity-backed securities, government bonds and other financial assets available on the capital market.

On the matter of opening up investments in Fintech to local and foreign VCs, the Chief Digital Officer, Wema Bank and former Head, Africa Fintech Foundary, Segun Adeniyi, said there is a growing crop of VCs in Nigeria. He said the position that the startups and Fintechs are having huge difficulties is about perspectives, noting that there are a number of considerations to make, which includes that “for the VCs, it can be argued that the local players have a different risk view/appreciation based on their direct experience with local conditions – this can be argued as well that the foreign VCs may have a more negative/positive perspective.

“For the startups and Fintechs, one can also argue that the foreign VCs can provide a more global outlook for them – although counterargument would also be that a local VC can enable more valuable collaborations within the demography and then create a better valuation to appeal to foreign VCs.

“In my opinion, the bottom line is – there are VCs in Nigeria, for sure. There are also a lot of other types of investors. The market is open to startups and Fintechs that are truly solving a problem in a unique manner to an understood manner, and have a strategy that clearly demonstrates an easily adaptable roadmap that can win. There are a number of success stories that confirm this.”

On the $876 million supposedly raised by Fintechs in the last six years, Adeniyi, who said he would still need to take a deep look at the figure, however, said “this doesn’t sound unrealistic; in fact, I wonder and doubt that this includes the pre-seed investments from private/individual investments.”

With so much coming from abroad, the Wema Bank Chief Digital Officer said offshore funding is more mature and has a potential for leverage to global collaborations.

On the impact of the funding on the economy, Adeniyi said this could be both negative and positive. Negatively, he said this can be capital flight (in cases where it exists, proceeds of investment are taken away from and not reinvested in Nigeria) and brain drain, where HR becomes an issue.

Sharing his views on this matter in a chat with The Guardian, the Nigerian Coordinator, Alliance for Affordable Internet (A4AI), OlusolaTeniola, said there are a few VC type organisations in Lagos that focus on expansion growth companies.
He said there are also only Business Angels again in Lagos majorly, that are active in the local tech space. Hence, those seeking high-value USD$m capital injection will only succeed with VCs that have a track record of doing these sorts of transactions outside the country, “so, the perception that Nigeria’s Fintech and startups crowd up in front of foreign-backed VCs or Private Equity firms.”

Teniola said VCs are viable but require business plans that support their vision and portfolio. “Simply going to the NGX is out of the question as at least a significant track record demonstrating profits and a capital structure, which is over and above the amount a VC is prepared to invest is the minimum requirement to be listed on the NSE. So the capital market is not geared for startups.”

He submitted that in all intents and purposes, the raw talent of the youths and the entrepreneurial skills exhibited is a very attractive proposition for typical VC, hence in the case of Fintechs and the financial inclusion evident in Nigeria, they are well placed to attract the Silicon type VCs who find the risks attractive and really this is a perfect fit as local commercial banks avoid the early-stage startup ecosystem.

Teniola explained that the capital structure of a Nigerian registered company allows equity to be held by foreign-owned entities (100 per cent) via efficient tax structures, “so this encourages FDI into the economy via the dynamic and fast-moving tech space.”

He, however, said the depth of funding required by these fast-growing companies may not easily be met locally, “hence they present opportunities for external investors interested in our market. Nothing bad about that! For the country, it’s investment inflow and I am happy that in the midst of struggle by Nigeria to bring in FDI, this sector is successful in bringing in investment.”

Onuegbu believes Fintechs are mostly startups at the moment; as such the stock market is mostly for mature companies with records of several years of successful operations. He stressed that the stock market in most countries is the last port of call for any company in its funding journey.

On the amount raised thus far, the Lagos Angel Investor Vice Chairman said it is possibly true. “However, what I would like to see is the trend. I am sure the trend will show an acceleration of growth in the money raised. And I expect some more growth across the board for startups as more companies raise funding rounds above the seed and Angel level.”

Onuegbu explained that offshore funding is attracted to anywhere there is an opportunity for good returns. He stressed that it is not only Fintech that’s attractive to foreign capital in Nigeria, but “I think it’s attractive because the barrier to entry for investors is relatively low. And the returns are huge for those who invest in successful ones. Globally also, the Fintech space is very attractive.”

Professor of Capital Market at the Nasarawa State University, Keffi, Uche Uwaleke, attributed the dearth of new issues in the capital market to the depreciation in the value of the Naira.

“Because the naira is weak as a store of value, some investors shun the local market. Fintech companies provide online platforms for these categories of investors seeking refuge in a stable and safer currency and asset class.”

He also cited foreign exchange challenges and difficulty encountered in repatriating proceeds of local investments as another major factor.