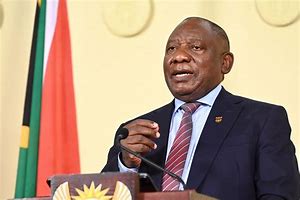 President Cyril Ramaphosa of South Africa has said the travel ban imposed by some western countries over the discovery of the Omicron COVID-19 variant is discriminatory and unproductive in the long run.

At the last count, 10 countries, including Nigeria and South Africa, have been banned over the new COVID variant, which was first reported on the continent.

Among those who have imposed the ban are the UK, US, and EU.

During a joint press conference with President Muhammadu Buhari at the end of the 10th Session of Nigeria-South Africa Bi-National Commission (BNC) held in Abuja, Ramaphosa thanked the leaders of Nigeria, Cote D’Ivoire, Ghana and Senegal for expressing their dissatisfaction with the travel ban imposed on South Africa and sister neighbouring countries.

“President Buhari, the solidarity expressed by yourself and the Government of Nigeria sends the strongest message. It says that as African countries, we are standing united against the imposition of arbitrary and discriminatory restrictions that are not only unscientific, but counterproductive in the long run.

“Indeed, the leaders of Cote d’Ivoire where we are traveling to later today, as well as the leaders of Ghana and Senegal, have also expressed their dissatisfaction with the travel ban against South Africa and our sister countries in southern Africa.

“This is a global pandemic. And overcoming it requires that we collaborate and work together as a collective. The resulting damage to this travel ban to the economies of the countries affected will be considerable and long lasting.

“So, I want to use this opportunity to once again call on the countries who have imposed this ban to reverse their decisions, whether they are in the northern, more developed economies or in other parts of our continent and elsewhere,” he said.