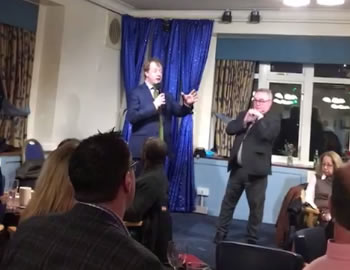 Brexit is the second chance for Great Britain to relaunch itself into the global arena as an independent developed nation, with great trading networks in an era of competitive globalisation and multipolarity world order.

Britain going global opens a new frontier for many key Commonwealth African countries, such as Nigeria, which is supposedly one of the great emerging market of the developing countries.

In the new age of advanced technology, with raising demand for technology  transfer and usage in terms of market values, Nigeria is in a good position to make real gain, with it raising population and huge social media network, with an estimated 50million internet users, and over 120million mobile phone connections, this is a great market, if the government can reposition itself as a good negotiator with rational economic, trade and foreign policies agenda, that give it an edge on the value chain system.

Nigeria would gain much if they address the issues affecting its commodity produces, in terms of quality and international standardisation of its farm produce, to meet UK import regulatory systems. The commodity import opportunities from Nigeria, would help grow the market base on its farm produce and anticipated agricultural revolution, by improving the connectivity between farmers and the Nigerian-British businesses, as we continue to see an increase growth of Nigerian owned businesses in the farm and commodity market across the regions in Britain.

Another gain for Nigeria would be on the new changes of immigration rules, statutes and visa requirements conditions, which are going to be more fairer, considering people before passport, and with the point base Professional Visa system which would allow the best brains to access job and school opportunities in the UK without much stress.

The Nigerians in the UK would equally have a good opportunity to compete fairly with others on any professional level, without the European statutes agenda, depriving them of any high value jobs and contracts within the system. There are going to be a huge requirement for professional and skilled workers, with the need to fill up over 30.000 spaces across the country.

Nigeria government would have to rethink its foreign policy approach to the UK, in terms of its bilateral agreements and relationships, on its security elements, Diaspora community, institutional building , its balance of trade and the value chain exchange programs, as the new Britain would redefine its place in the world order, while relating with each country’s mutual benefits.

Post-Brexit Britain is not going to be business as usual, given and receiving without values to life and the society, but as a new done, in a changing world order, it will evaluate its African investment and funding approach on value added contents.

There is now a huge fund deposit of over £6Billion pounds to support investments and social funding in Africa, of which Nigeria can tap into for  its social infrastructural developments.

For the Nigerian Diaspora Business community this new era is an open opportunity to be closely followed and getting involved in the business opportunities, as provided by the new venture created through the UK-Africa Investment Summit vehicle of the joint, Department of international trade, and Department for international Development, by being informed and collaborating with other key agencies and or institutions to access and monitor funding activities to Nigeria government and institutions .

I personally foresee a huge potential and great prospects for Nigeria, and the Nigerians in Diaspora here in the UK , if we can get involve in the dynamic paradigm shift and making the most of the prospective opportunities Post-Brexit offers, in terms of liberalisation of trade, consolidation of new markets, fair immigration rules and conducive professional opportunities.

One of this opportunity is in line with the NIADAEH London Funders Forum 2020 event coming up in February here in London, were we have create an opportunity for UK Funding Networks to interface with top state governments officials, as a quick follow up to the just concluded UK-Africa Investment Summit 2020 in London, the Nigerian team would be led by the Minister for Women Affairs and social development, two states governments first lady’s and other senior government delegates.