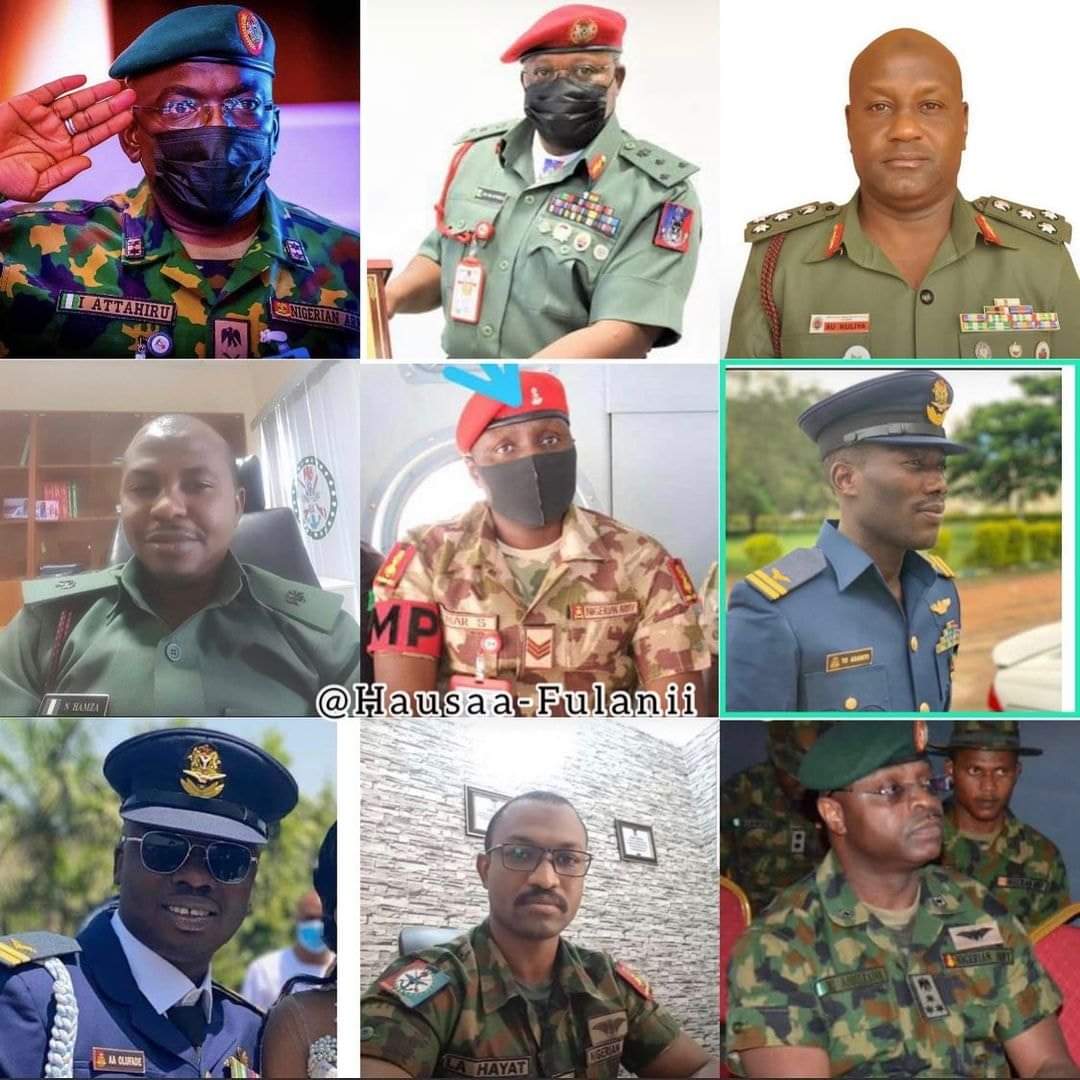 Nigeria’s top-ranking army commander Lieutenant General Ibrahim Attahiru and other military officers have been killed when their plane crashed in the country’s north on their trip to Kaduna State for the passing-out parade of soldiers from the Nigerian Army Depot in Zaria.

The COAS Entourage involved in the sad event Include

11. ACM OYEDEPO. The COAS was on his way to Depot NA for tomorrow POP

Our fears is this an act of God, natural disaster or man planned elimination strategies?

Chief of Army Staff Attahiru was Born on August 10, 1966 and hailed from Kaduna North Local Government Area of Kaduna State.He was a member of the Regular Course 35 of the Nigerian Defence Academy.

Lt. Gen. Attahiru was only appointed by President Muhammadu Buhari on the 26th of January as part of a shake-up of the top military command to better fight surging violence, including the more than decade-long battle against the Boko Haram armed gunmen.

From the eye witness account of what led to the shocking demise of Lt. GEN Attahiru Ibrahim and other officers on board, there were two people who appeared to have escaped from the air mishaps.

Question begging for answer is, who are these two people? Could it be that some funny things happened amid air, probably some shoot-out, that eventually led to the ugly scene?Investigation must be launched to unravel what we don’t know.

From a side bite, it is a common knowledge that, Military Planes are built to have better weather navigation systems, as the story emerging from the Defence HQ is negating this fact. We must get to the root of this.

What an irony of life and deep conspiracy within and without the military and politics. I am hugely suspicious of the fact that something is seriously wrong in this system, with a high level secrecy orchestrated to eliminate certain rank and file officers within the military.

How Valuable is the life of the citizens of Nigeria to the President ?

Recall that Goodluck Jonathan attended the funeral of the late General Andrew Azazi, who died in a helicopter crash on December 15, 2012, after serving Nigeria as National Security Adviser. Jonathan cleared his schedule, and traveled 500 miles to attend this funeral.

General Buhari called his late Chief of Army Staff, General Ibrahim Attahiru, a “hero”, but Buhari did not attend his 30 minute funeral, which was just 15 miles from Aso Rock. Yet, the same Buhari travelled 4000 miles to Paris for 4 days. Even his deputy, Professor Yemi Osinbajo did not attend, yet Osinbajo last week traveled 2500 miles to Kampala. At this rate, why will anyone then want to die for Nigeria?

The obvious question now is why three different military aircraft crashes in less then fours months apart, in this region, with almost similar outcomes, claiming the life’s of top most and highly valued military officers and young air pilots, does it not look suspicious and fishy?

On a serious note how many passengers are on board of the COAS flight, who are these suspected escapees from the crash or crash site? Hope history is not gradually repeating itself in a democratically deducted civilian government. This Malam Buhari led government of confusion and disconnection needs to come out clean with the truth of why sudden inconsequential military aircraft crashes in a role within a period of four months, whose military aircraft flight is the next target, irrespective of his ethnic or religious linage, in the means of taking out one target, many other innocent life’s are sacrificed.

For how long would the country continue in this state of fear and uncertainty at the expense of few powerful elements?

On the other hand as some people may want to assume, that all this sudden aircraft crashes are as a result of natural disaster or an act of God, but then why military aircrafts, why are at the shortest space of time and incidents places? We ask again what is really happening in the military circles and the governance structure? There is a very strong need for an expedited honest independent investigation on this sudden military aircraft, high level casualties.

The act of governance is to protect life’s and properties at all cost and at all levels of the society, the failure of this is a true failure of government.