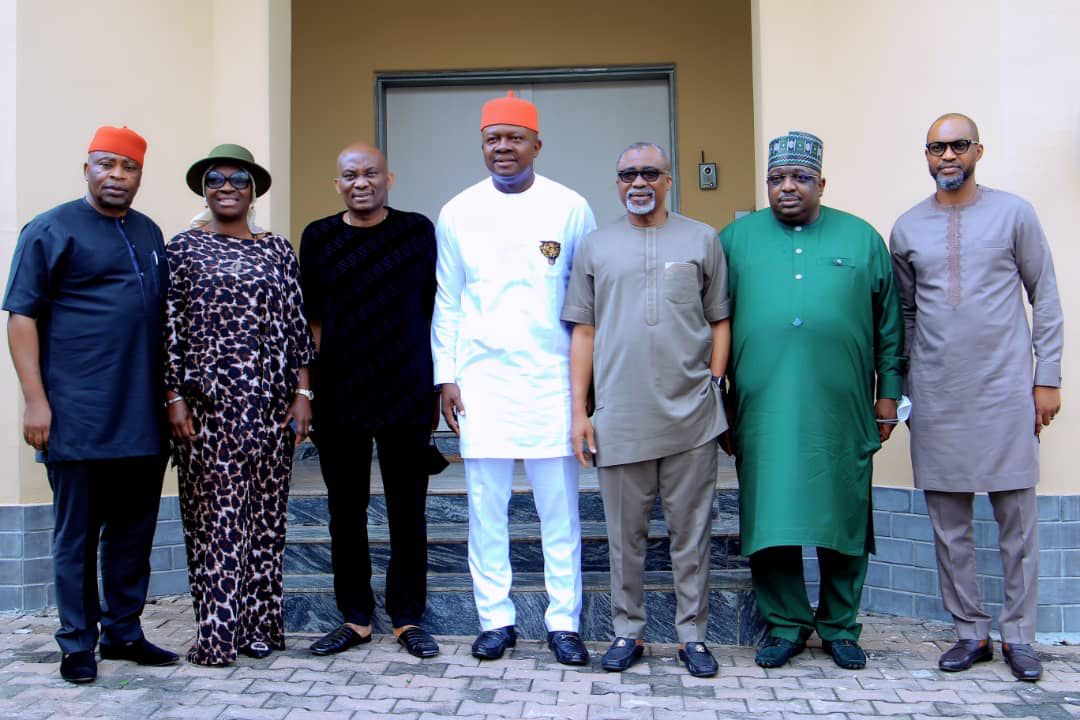 In a closed-door meeting held on Monday, September 27, 2021 in Abuja, the minority leadership of the National Assembly expressed delight at the “brilliance of Valentine Ozigbo’s candidacy” and pledged their full support for his governorship bid who has already been picked as the favourite to win the upcoming election in the southeastern state.

This move by the legislators is one more powerful backing for Mr. Ozigbo who is the immediate past President and Group CEO of Transcorp Plc.

At the meeting, Senator Abaribe, who represents Abia South, noted Ozigbo’s qualities and said that Anambra, indeed the entire Igbo nation, is blessed to have the business leader as a son. He praised Ozigbo for his resilience, professional pedigree, record of accomplishments, and responsible approach to politics.

Also present was the former Governor of Anambra State and Vice Presidential candidate for PDP in 2019 election, Mr Peter Obi.

The Caucus noted that victory in this election is safely in the PDP’s column and that their candidate was inspiring and his message resonates with the people. They called on all PDP members and Ndị Anambra to come out in their numbers to vote for Mr Valentine Ozigbo come November 6, 2021.

Mr. Ozigbo thanked the federal lawmakers for their confidence in him and assured them of his resolve to do what is legitimately required to win Anambra back for PDP.

“What I can assure you is that Ndi Anambra are tired of the devastating and dysfunctional governance of the ruling APGA government. We all want a change and this earnest yearning for something better is the reason why our “Ka Anambra Chawapu” message is resonating strongly with my people,” Ozigbo told the lawmakers.

A multiple-award-winning global CEO, Valentine Ozigbo, has captured the nation’s imagination with his inspirational personality and unique political story.

Since winning his party’s keenly contested primary in June 2021, Ozigbo has remained consistent in his calls for unity within the PDP. He appointed a two-time Commissioner of Local Government and Chieftaincy Affairs, Mrs Azuka Enemo, as his deputy, further boosting his chances at the upcoming guber election.

Planning for the World After the Coronavirus Pandemic