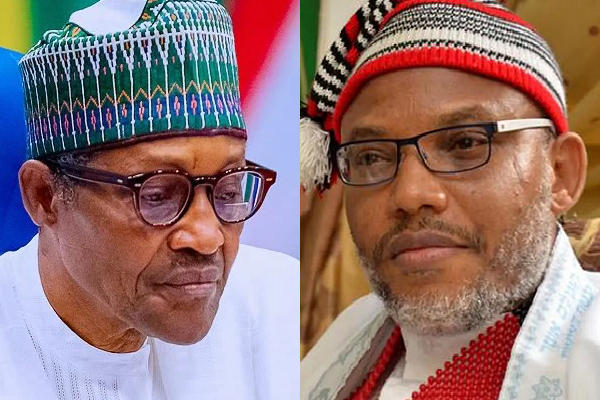 The Indigenous People of Biafra (IPOB) has told President Muhammadu Buhari that he is not welcome to Imo State and has ordered a sit-at-home on Thursday in the state.

President Buhari had, on Tuesday, declared his intention to embark on official visit to the state.

Reacting, IPOB told the president not to waste his time as there will be no-one on the streets to welcome him.

On his part, the Imo State Commissioner for Information, Mr. Declan Emelumba said the state government is set to receive the President on Thursday in Owerri.

Emelumba informed that the president would inaugurate key projects initiated by the governor, Senator Hope Uzodimma in the past 18 months.

“We are very much prepared to receive Mr President in Imo. All arrangements are in top gear.

“On arrival, he is expected to commission projects, including Naze-Nekede-Ihiagwa-Obinze Link Road Phase One and an underground tunnel on D-Tiger Road Owerri,” the commissioner said.

He said Buhari would also inaugurate Egbeada Bye-Pass and the new State Executive Council Chambers at the Government House, among others.

“His visit would enable Imo citizens to see and welcome the president, first hand,” he added.

Meanwhile, the state capital, Owerri, has been cleaned up at strategic routes leading to the sites of projects to be inaugurated.

The roundabout in front of the Government House is being reconstructed, major roads are being fixed and swept clean while the road dividers are being painted.