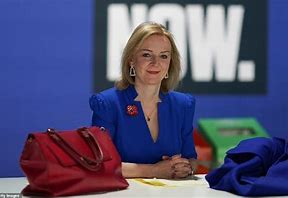 The United Kingdom (UK) yesterday announced a new funding to support Nigeria and other African governments to roll-out critical adaptation projects at-risk communities can adapt to the impact of extreme weather and changing climates.

The initiative is led by the African Development Bank (AfDB), Global Centre on Adaptation and the Africa Adaptation Initiative, to support plans to accelerate resilience-building across the continent.

This came on the second day of COP26, the two-week UN Climate Change Conference, where world leaders are meeting with the aim to agree how to tackle the urgent threat of global climate change. UK Prime Minister Boris Johnson said the UK is offering an ambitious new guarantee mechanism – the ‘Room to Run’ guarantee – to AfDB which is expected to unlock up to £1.45 billion ($2 billion) worth of new financing for projects across the continent, half of which will help countries adapt to the impacts of climate change.

Speaking on the new intervention, UK Foreign Secretary Liz Truss said more finance for African nations to develop and adapt to climate change is important as these countries find themselves on the frontline of impacts. It is a huge investment opportunity.

“By combining our cash with other donors and businesses, and working with partners such as the AfDB to direct funding into green projects, today we are delivering on our commitment to African-led climate adaptation,” Truss said.

Also, the UK Minister for Africa Vicky Ford said for communities across Africa, the impact of climate change is being felt right now. From cyclones in Southern Africa to locusts in East Africa, changing weather patterns are already having catastrophic impacts for communities living across the continent, impacting lives and jobs. This is despite African nations being responsible for just 2-3 per cent of global emissions.

“New support announced today will enable African countries to adapt to a changing climate and build resilience to the impacts of climate change. This is essential if communities and countries are to thrive in an uncertain future,” Ford said.

The UK is a long-standing supporter of Africa’s adaptation to climate change, with around half of the UK’s £2.7 billion ($3.7 billion) adaptation budget between 2016 and 2020 spent in Africa.

Speaking also, the UK’S Deputy High Commissioner in Lagos, Ben Llewellyn-Jones, said Africa is already bearing the brunt of climate impacts as a consequence of dangerous climate chance. The need to scale up adaptation finance to protect the people and economies from the impact of climate change is clear.

“Climate action, building resilience and sustainable development are inextricably linked.  Working with key partners such as the AfDB and others, this new suite of programmes will support African countries, including Nigeria, to adapt to the effects of climate change,” he said.

Insecurity In Nigeria Is On The Decline – Buhari