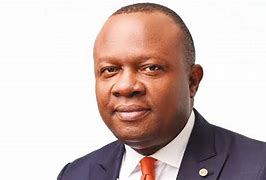 The immediate past President and Group Chief Executive Officer (CEO) of Transcorp Plc, Mr. Valentine Ozigbo is likely to emerge the candidate of the Peoples Democratic Party in the ongoing primary election of the party.

In a tight fist primary election of the Peoples Democratic Party held at Dora Akunyili Development center, Valentine Ozigbo came first and became the party representative for the November election. He dumped the likes of Uche Ekwunife and Obiora Okonkwo to emerge the winner.

The Amesi, Aguata-born politician we gathered is being projected by the former governor of Anambra State to emerge the candidate.

A source at Dora Akunyili women development centre, venue of the primary said pressure from the church is about to change the dynamics of the election.

“As at now, Val might be our candidate as Catholic church leaders are insisting the party must give him the ticket as the only way to get their support.

“A lot of things are hanging on the balance and even our former Governor who’s also a Catholic has been conscripted to ensure that the former manager of Transcorp Hilton Hotel, Abuja becomes the PDP candidate since the candidate of the ruling All Progressives Grand Alliance, Isn’t a known Catholic,” the source said.

He also disclosed that the huge financial support of a Delta state billionaire is making the ride smoother as the super delegates are been rewarded in hard currency, according to Journalist101.

“I don’t know the exact amount but rumours has it that it’s in the region of $3000-5000,” he said when asked about the rumour of financial inducement.

Before this new development, a serving member of House of Representatives, Engr. Chris Azubogu we learnt was confident of victory.

Also, this new development might affect the possibility of having a first elected female governor in Nigeria as Senator Uche Ekwunife whom our sources said is a closest contender to Azubogu and there’s no doubt she has a lot of street credibility with friends across all political divide

Earlier, we reported that two aspirants for the election have withdrawn from the race because of the recent happenings in the party in the last 36 hours and the various court injunctions.

As at press time, voting is about to commence at the venue of the election to elect a candidate for the November 6th poll.

A top member of the PDP who’s also at the venue of the primary that spoke to our correspondent dismissed the claims saying that: “religion has no role in choosing of our candidate. PDP is more sophisticated than that,” he said in response to the SMS sent to him.