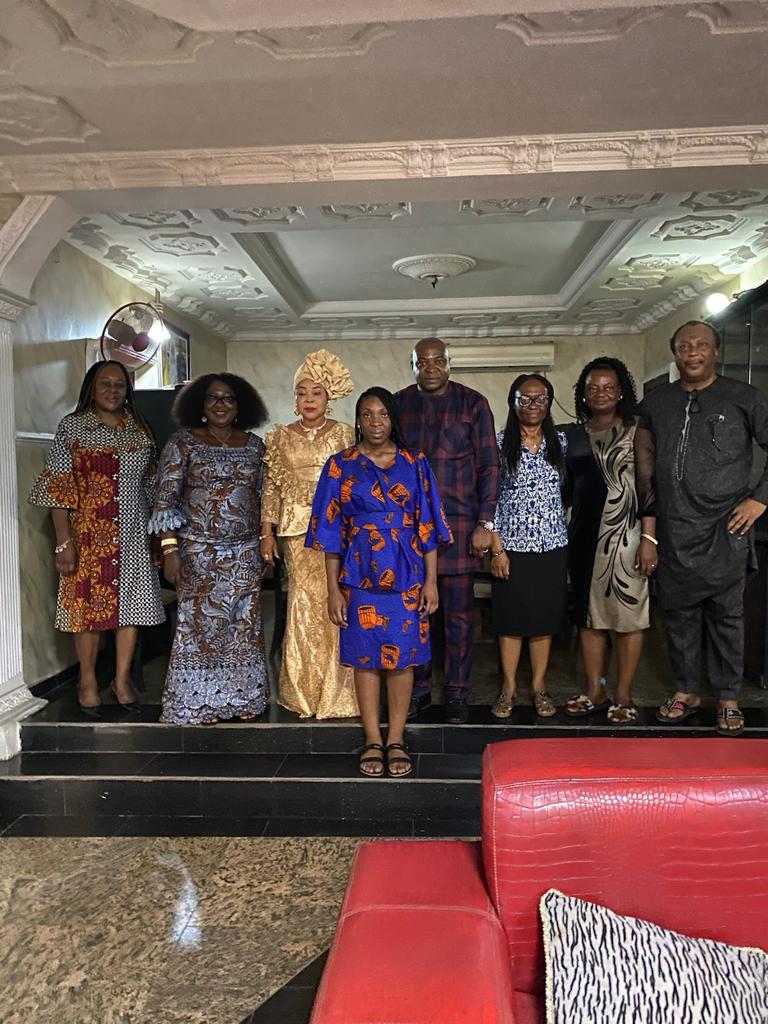 The Pro-Chancellor and Chairman Governing Council University of Calabar, Senator Nkechi Nwaogu (CON) Ph.D, the beautiful woman from South East is today one of the most celebrated politicians in Nigeria.

According to a popular adage, somebody doesn’t need a medicated glass to see what someone is wearing in the wrist. Daa Nkee has always been a Pathfinder and pace settter no wonder wherever she goes she always keeps a track record which is unassailable. We can’t forget how Daa Nkee pushed by the sufferings and pains of Nigerians initiated and sponsored the Asset Management Corporation of Nigeria (AMCON BILL) 2009, which simply brought to the fora where she was coming from the banking industry where she worked meritoriously and attained the level of a Bank Manager before she decided to open her own financial credit institution, called Libra Investment. The AMCON bill has its motive to ameliorate the pains and sufferings of customers in the precarious situations of liquidation of banks and financial institutions.

We can’t forget so fast the pains and agonies faced by customers during the liquidation of Savannah Bank and other Micro finance Institutions. Today, Nigerians are enjoying the dividends and benefits of AMCON. Now customers can deposit their money and feel relaxed that their savings are secured even though the customer’s financial institution is facing bankruptcy or eminent liquidation. AMCON today has gone a long way to retrieve back huge debts and loans owned by captains of industries and top business Mogul. Today notable Ngwa sons and daughters are currently enjoying the good employment conditions in AMCON. What a landmark achievement of the enigmatic and pragmatic woman of vigour and valor. How best can we thank Distinguished Senator Nkechi Nwaogu CON Ph.D if we failed to tell the world about her unassailable achievements which remains unassailable cum unprecedented.

This will lead me to make an allusion to the statement made by the current Vice Chancellor University of Calabar Prof. Florence Banku Obi during her courtesy visit to the house of Senator Nkechi Nwaogu on 2nd January 2021 “We have come here to thank you our mother for your unflinching and unwaivering decision towards the entrenchment of justice and equity as criteria and prerequisite factor in our prestigious institution and citadel of learning. The prestigious University of Calabar today is changing the narratives in her administrative, financial management, students welfare, Infrastructural developments and maintaining a high standard research and advanced learning processes.

Today under the watch of Senator Nkechi Nwaogu,the Governing Council of the prestigious University of Calabar elected her first female Vice Chancellor. The Senator NWAOGU led Council stood their ground in making sure that the right thing was done. The council also shunned any form of gratification and inducement which has been an impediment and a cog in the wheel of progress during the election of Vice Chancellor in the prestigious University of Calabar. ” Our beloved mother whenever I said that you are the person that made me the Vice Chancellor University of Calabar today, you always object to that statement but obvious and incontrovertible fact is what I have said now ordinarily I would have been disqualified during the screening processes if Mummy had decided to play politics with the election that brought me as the Vice Chancellor”. Mummy you save University of Calabar from the doldrums”. Ugonwanyi Ndi Igbo in her response said I didn’t not made you the vice Chancellor but God used me as His instrument to make sure that we maintain priority in the scheme things and also that we place meritocracy ahead of favoritism, we should be in the stage of our life where the entrenchment of a general and collective interest should be our driving force. Senator Nkechi Nwaogu reaffirms her commitment of placing collective interest ahead of selfish interest.

Ihie Abia who goes with the sobriquet Daa Nkee,” we can’t thank you enough although you don’t like people hyping your achievements .Appreciation is an antidote for more achievements and is a mother of encouragement. Ugonwanyi Ndi Igbo, Gold and Silver we have not but we are using what we have to say thank you.”