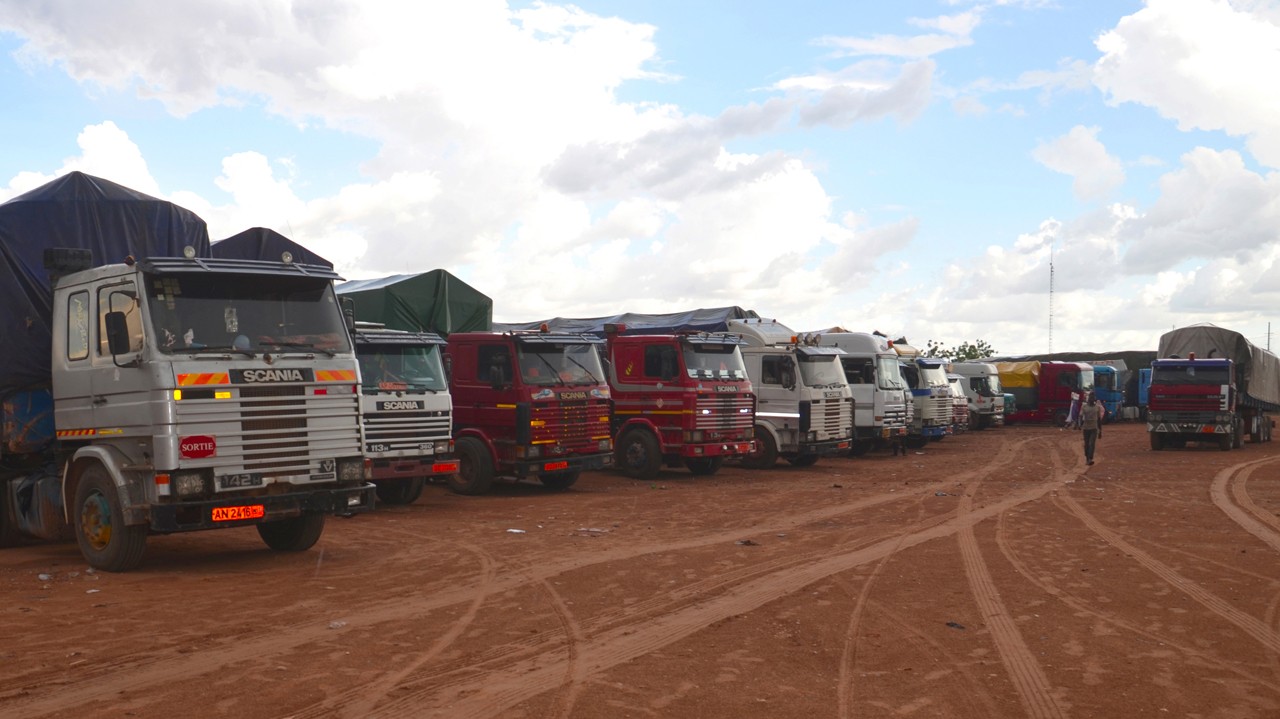 Still reeling from the effects of Nigeria’s border closure on its economy, the government of the Republic of Benin has imposed new import duty of CFA9 million (N6.5 million) per transit truck on Nigeria-bound cargoes transiting through the country, which are exempted from all forms of duty under the Economic Community of West African States (ECOWAS) protocols on transit goods.

With the situation yet to be resolved 46 days after, Nigerian manufacturers have suffered losses as their cargoes have remained within the Benin Republic borders, while those with deep pockets have had to pay more to transit the goods via the sea link.

In what appeared to be payback over Nigeria’s closure of some borders in 2019 that lasted more than a year, the Republic of Benin, two weeks ago, stopped 3,700 Nigerian-bound cargo-laden trucks from Cote d’Ivoire, Ghana and Togo at Ilakoji – the border between Togo and the Benin Republic.

It was gathered that the Benin authorities claimed it suspected the goods were not produced in West Africa. By law, a transit good is not supposed to be charged for import duties in the transiting country, it is expected to just pass through but the trapped trucks can still not cross the Ilakoji and Seme border up till date, according to importers.

Many of the importers lamented that majority of the goods were billed to be sold during last week’s Sallah festival but they could not move them down to Nigeria, which has resulted in heavy losses as some have even collected part payment from their customers.

Chairman of the Association of Nigeria Licensed Customs Agents (ANCLA), Seme border chapter, Bisiriyu Fanu, said the issue has not been resolved.

“We were told to wait and see what would happen immediately after Sallah. For now, nothing yet and the trucks are still there. The only thing is that anybody who wants to bring in his or her goods must go through Togo and containerised the goods before bringing it to Abba. That is the information I have for now,” he said.

“The issue has been ongoing for more than two weeks and it has not been resolved. I went with my team to the Nigerian Embassy in Cotonou to make a formal report and they have escalated it to Abuja. The Republic of Togo and Ghana have also escalated it to ECOWAS. They held about two to three meetings between the last two weeks and now, but they have not come to any conclusion.”

When asked if it was a retaliatory move by the Benin Republic government over the Nigerian border closure policy, Fanu explained that he cannot authoritatively confirm such.

“I am not saying it’s a retaliatory move. The Benin Republic Controller told me it is a verbal directive and that they have to comply with it. Legally, transit goods are not supposed to pay a kobo because, in the transiting country, it will just pass through, but the Benin Republic government is demanding for duty on these goods at Ilakoji,” Fanu added.

The National Vice President of ANLCA, Kayode Farinto, said: “There is something we call the law of reciprocity in international relations. That is, whatever you give; you take or whatever you do to your neighbour, expect it in return.x

“When Federal Government implemented the border closure policy, blocking the border, forgetting Nigeria is a signatory to ECOWAS protocol and convention, we shouted that this thing should not last more than 30 days but the closure went on for almost one year. So, if Benin is now stopping Nigerian trucks, which could worsen Nigeria’s economy, we should not complain.

It is allowed in international relations and it is called the law of reciprocity.”

While the sea link remains a viable alternative, prevailing challenges at Apapa ports discourage exporters from sending cargoes that could be sent via the road. This is because it takes even longer time to clear goods from the port and more expensive going by the various challenges bedevilling access to Lagos ports.

According to operators affected by the situation, the new import duty payment policy that the Government of the Republic of Benin imposed on goods-in-transit, in addition to the standard charges, negates the principles of the ECOWAS Trade Liberalisation Scheme (ETLS).

MEANWHILE, efforts to get the Federal Government and the ECOWAS to act on the stalemate have remained futile. Indeed, letters written to different government ministries and the ECOWAS, as sighted by The Guardian have yet to elicit favourable response and action.

If the situation is not checked on time, shortage of raw materials might worsen, while already overwhelmed consumers would pay more due to higher costs of importation via the sea.

Mostly affected are local manufacturers in the food, beverage and tobacco sector who described the action as one leading to a huge loss for them as the policy was abruptly implemented, leaving their perishable goods to become bad at the borders.

Benin’s system of import taxation has revolved around maximising the income from trans-shipment ports, by taxing goods when they enter Benin at a rate well below that in Nigeria or taking advantage of Nigeria’s import prohibitions. As a result, the country’s revenues are hit hard when there are border closures.

With Nigeria closing its borders abruptly in 2019, Benin Republic’s economy, especially trade, suffered some losses. This has necessitated the move, according to operators, to recover its losses from Nigerian-bound cargoes.

The former Director-General of the Lagos Chamber of Commerce and Industry (LCCI), Dr. Muda Yusuf, said what is happening to Nigerian exporters stuck at the Benin border reflects the weak commitment of countries in the sub-region to the policy of economic integration. According to him, the protocols are violated at will and with impunity.

“Practically, all countries in the sub region are guilty of these violations at different times. This is the fate that the ECOWAS economic integration protocol has suffered over the years. Of all the regional economic blocs in the continent, ECOWAS is the least integrated, yet it is one of the oldest, founded 46 years ago. It is a sad commentary. Non-Tariff Barriers have practically marred the ECOWAS dream.

“More so, this is not a good omen for the Africa Continental Free Trade Agreement (AfCFTA). There is an urgent need to institute an effective framework to address the menace of non-tariff barriers. This is one of the biggest risks to AfCFTA. This challenge underscores the imperative of connectivity by rail and by sea. For effective trade flows, such connectivity is crucial as they are less vulnerable to disruptions caused by transit transportation issues,” Yusuf added.

One of the logistics firms representing some food and beverage manufacturers with goods stuck in Benin Republic, Westrend Logistics, owned by Adegbola Monsuru, noted that transit charges are supposed to be paid but Benin Republic is demanding import duty charges despite the products not being sold in the country.

“You don’t pay duty in a transit country. This has been spelt out in the ECOWAS treaty. Only the country of destination receives duty. The unwarranted payment across the corridor by Benin Republic is unbearable for businesses. These payments border on tracking, scanning charges, despite security escorts assigned by Benin Republic following transit goods. Customs also hold documents of consignments till products leave the country.

“We were informed that the new tariff regime would not commence until July 15. They, however, changed the rules abruptly. Demanding duty is like closing the borders indirectly. Consignments are trapped in Benin Republic. Several trucks were stuck between Benin Republic and the borders. These are ECOWAS goods and not third-party goods,” Monsuru lamented.

He added that while other countries have taken the argument to Benin Republic, Nigeria lags behind in negotiating for the country, noting that “for over one month, there is no business being transacted across the border.”

At its last ordinary session, the ECOWAS Ministerial Committee on the Single Currency Programme had resolved to adopt the convergence and macroeconomic stability pact between ECOWAS Member States, with a convergence phase that covers the period from 2022 to 2026 and the stability phase from 1st January 2027.

With the roadmap for the launch of ECO by 2027 and the Ministerial Committee seeking to continue to work to resolve all outstanding issues, there are concerns that the lingering issue of common tariff adoption as well as a Customs Union will remain a setback for the region.