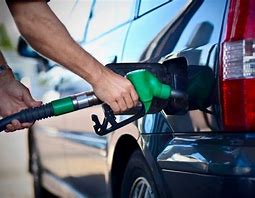 The Petroleum Product Pricing and Regulatory Agency stated on Thursday that it lacks record of the volume of Premium Motor Spirit consumed daily in the country.

It however stated that the only record it has is the volume of the PMS being discharged at the various depots nationwide and the volume trucked out of the depots.

This was according to the Director, Finance, and Administration of PPPRA, J.T Peters while responding to questions during his appearance before the House of Representatives Committee on Finance.

The panel concluded a 10-day interactive session with heads of federal ministries, departments and agencies on the 2022-2024 Medium Term Expenditure Framework and Fiscal Strategy Paper, Thursday.

The agency made its third appearance before the panel within four days, after its representatives were turned back on twice for presenting conflicting figures.

Peter stated that the agency has difficulty in ascertaining domestic consumption of petrol daily due to smuggling activities.

“We were not here when the NNPC made its presentation. The issue of daily consumption has been an issue in the ministry and based on the challenges in determining the issue of consumption, the ministry decided to form a committee known as Operation White,” he said.

According to him, members of the committee are drawn from the PPPRA, NNPC, the Department of Petroleum Resources, Nigeria Customs Service and the Nigeria Security and Civil Defence Corps.

Peter said, “The most challenging factor that makes national consumption very difficult is the issue of smuggling. That is why Customs are present in the committee.

“So, the figure that is used most time for consumption is the truck-out figure from the various facilities nationwide. That figure comes mainly from PPPRA. That was the figures we gave you on Tuesday for 2018, 2019 and 2020.