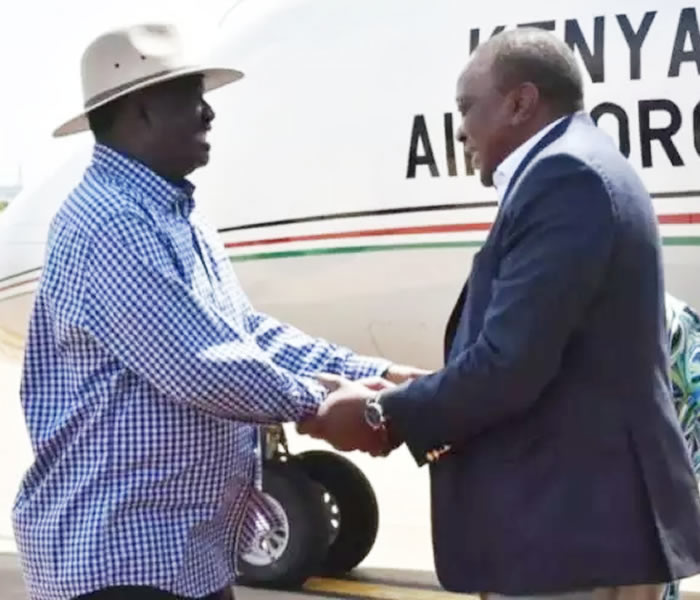 The Handshake partners travelled to the US to grace the 68th US National Prayer breakfast meeting at the invitation of the US congress where the duo will address the delegation.

President Kenyatta and the Opposition chief will have a privilege to use the same podium used by distinguished speakers such as Mother Teresa and the former British Prime Minister Tony Blair to address over 2000 affluent leaders on how to make the world a convenient place to stay in.

The duo secured a ticket to US prestigious event due to their demonstrated commitment to a peaceful and constructive resolution of internal conflict in the entire nation and Africa, the duo had been given a chance to share their seamless personal journey of faith and reconciliation in the event themed ‘Reconciliation, Faith and Peace Building’.

With the handshake spree spreading wide and fast, a score of leaders have embraced it and using it to solve their decades-old problems, many feel handshake relationship between Uhuru and Raila had everything to do with the entire nation peace.

The effect of the handshake is still being felt to date with the opposition chief disclosing that he was recently invited to Togo to advise the Government on how to work together with the Opposition in that country.

The handshake momentum, therefore, explains why the Deputy has no choice but to embrace handshake giving no room for Ruto and some local leaders allied to him to fight handshake locally.