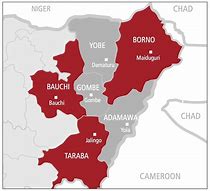 Taraba State Government will, today and tomorrow, to play host to the governors of the six states of the North East geopolitical zone.

The meeting, which will, for the first time, bring together the governors of Adamawa, Bauchi, Borno, Gombe and Yobe states to Taraba, will begin today in Jalingo.

According to the Senior Special Adviser to Governor Darius Dickson Ishaku on Media and Publicity, Bala Dan Abu, the governors will discuss, among others, issues impeding the growth of the region.

Stressing the state’s preparedness for the meeting, he said adequate security had been put in place. A top security personnel reported : “We are fully prepared to make sure that the North East governors; meeting that will be taking place here in Jalingo is successful.”