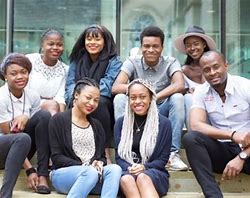 Nigerian students given sponsored study grant by the UK government has risen by over 100 percent in one year.

The UK government states that Nigeria now accounts for 25 percent of the overall number of foreign nationals who are on scholarships in the country.

From June 2020 to June 2021, the number of Nigerian students in the UK who got sponsored grants increased twofold by 125 percent, with over 11,000 study visas granted within the period under review.

In terms of percentage increase, Nigeria currently ranks third, behind China and India as the countries with the highest number of nationalities on sponsored visa grants.

“While many nationalities saw decreases in Sponsored study grants in the latest year, some experienced substantial increases,” information from the UK government website reads.

“Nigerian nationals continue to see an increase in Sponsored Study grants compared to the previous year, increasing to a record high of 20,427, making them the third-largest nationality group granted Sponsored study visas this year, an increase of 11,361 (+125%) on the year ending June 2020.

“This is the second-largest increase in numbers of grants, after Indian nationals.

Meanwhile, the US recorded a fall in the number of its students going to study in the UK on scholarships, after its figure fell by 25 percent.