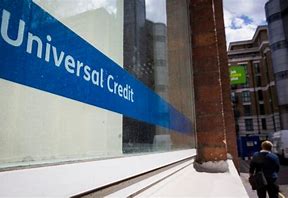 Almost two million of the lowest income working households who receive Universal Credit will today benefit from a cash boost worth £1,000 on average.

The Department for Work and Pensions has worked around the clock to implement a reduction to the Universal Credit taper rate as well as an increase to claimants’ work allowances, effectively giving the lowest paid workers on Universal Credit a tax cut worth £2.2 billion, one week ahead of the schedule announced by the Chancellor in his recent Budget.

By bringing in the change a week earlier than planned, up to 500,000 more people could benefit before Christmas with almost two million of the lowest paid in-work claimants overall being better off by around £1,000 a year on average.

Claimants will be notified how much Universal Credit they will be awarded in their usual monthly statement, with the first of those to reflect the changes being issued today.

From today, two million people will see their income boosted by £1,000 per year, on average, as we bring in an effective tax cut worth £2.2billion for the lowest paid.

We are making the change earlier than planned which means up to 500,000 more households can benefit before Christmas.

We want this to be a country that rewards hard work by helping the lowest income families keep more of their hard-earned cash.

That’s why at Budget, I announced an effective tax cut for 2 million people worth over £2 billion. These changes come into force today and will mean that with Christmas approaching, hard-working families keeping an extra £1,000 a year of what they earn.

Work allowances, the amount a claimant can earn before their Universal Credit is reduced, will increase by £500 per year from today meaning many families will be able to earn over £500 per month before their benefits are tapered off.

Simultaneously, the taper rate, the amount that a person’s Universal Credit is reduced by when their earnings are more than their work allowance, will drop from 63% to 55%.

With a number of people expected to now be newly eligible for Universal Credit and those not currently claiming potentially being better off, people are being urged to check a benefit calculator on the government’s website gov.uk to see if they could increase their income.

Those receiving other benefits from the government including Working Tax Credits should note that if they apply for Universal Credit they cannot return to their previous benefits.

For those not in work, they will continue to benefit from Universal Credit standard allowance and additional extra support if they have children, have a disability or health condition which prevents them from working or need help paying their rent.

From Afghanistan’s Kabul to Nigeria’s Kaduna