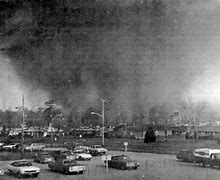 Violent crime headlined insecurity threat factors nationwide, with higher reported incidents in the Southern regions, where several cases of ritual killings were also recorded. Kidnap also trended high this period, multiple reports were recorded nationwide. Several robbery cases were clocked as were episodes of civil unrest, spurred by factors such as riots, protests and cult clashes in the South, Northcentral and Northwest. Operatives noted a rise in militancy activity in the Southeast this period. Exacerbated by current weather conditions, the nation faced a slew of fire-related disaster incidents including multiple tanker fires and gas explosions. Reports of insurgency were frequent in the north, fueled by the actions of bandits and ISWAP – targeted attacks and raids on vulnerable communities further fueled loss of lives, property and internal displacement.

MARITIME RISK
Piracy remains a prominent threat to the maritime sector this period, and reports highlighted a violent outbreaks at the wharf and seaports. The activities of oil thieves threatened security along the coastline in the Southeast, even as maritime operations gradually picked up following the resurgence of importation and post-covid economic activity.

POLITICAL RISK
With the advent of the Ohaneze elections during the month, activities of the socio-political group appears to have slowed a bit, regardless, zoning remained one of the major questions in the political sphere this period. Recent divisions in the APC such as the crisis in Imo, Kwara and Adamawa raised concerns among party stakeholders, more so following the failure of party leaders to resolve the crisis in the Southeast. This raises questions regarding the party’s ability to secure the presidency in 2023, considering the level of opposition by the PDP and other parties in that regard.

On the flip side, Attempts were made to resolve the issues in Southwest PDP, as party chieftain Adetokunbo Pearse urged Ayodele Fayose to refrain from antagonising Gov Seyi Makinde to allow for party unity. With the Anambra 2021 elections in view, Prof Charles Soludo, former CBN governor has emerged as a candidate of note, as
speculations indicate that the position may be zoned to the South Senatorial district of the state. At a national level, there was some thought of floating a new megaparty, as the continued clamour for restructuring, political inclusion and greater autonomy for states puts the non-committal posture of the ruling party at odds with significant political machinations.

TRAVEL RISK
RTAs trended higher in the Southern regions this period, as operatives logged several reports of traffic-related threat incidents along busy interstate highways such as the Lagos-Ibadan, Oyo-Osun, Abuja-Kaduna, Lokoja-Abuja and Sagamu-Ore highways which saw increased usage during this period. Tanker fires, wrong-way driving, and heavy traffic inflow from the rural to urban areas were among the leading causes of RTAs this month, and business travel in the north was threatened by the activities of kidnappers operating within the BAY region.

MACRO-ECONOMIC RISK
Feedback from the events of Q3 of 2020 arrived this month, showing a 1.89% rise in the commodity group import index, and a forex inflow of $6.97bn according to data from the NBS and the CBN respectively. With oil prices rising above $53 per barrel, we may expect a boost in the economy, as shown in the World Bank’s prediction of a 5% growth for the country and other emerging economies in 2021. The power sector took a hit with an estimated ₦645.15bn loss, and data from the Debt Management office puts Lagos, Rivers, and Akwa Ibom, Delta and Cross River in the lead for domestic debts with a combined debt of ₦1.40tn. On the NSE, stock market gains were extended by ₦66bn this month, and a ₦24bn gain was recorded in blue-chip firms. Reports show an increase in the Country’s external reserves, from $35.37bn at December 31, 2020, to $36.30bn on January 14 2021. The FG’s plans to finance the 2021 budget by borrowing remains a cause for concern as analysts warn that the country’s debts may hit ₦60tn by the end of Q1.
RATES: $1 = ₦381.20, £1 = ₦523.19, €1 = ₦462.15