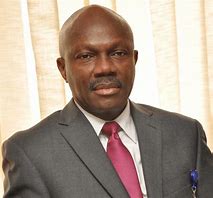 We are following with sadness and trepidation, the violence unleashed in South Africa, following the 15-month sentencing of former President Jacob Zuma on contempt of court charges.

This is such a sad development for the African continent, coming less than a year after Nigeria’s #EndSars protests across Nigeria last year. These violent eruptions, particularly by the teeming unemployed and some unemployable African youths are merely a symptom of the short fuses, underlying a more fundamental problem, brought about by failure and corruption of leadership in the two leading economies of Africa and other African countries.

The irony of the South African case, is that the upheaval against the conviction of Zuma for contempt by the judiciary- the arm of government that is supposed to be the last hope of the common man and expected to hold past leadership accountable and correct the wrong.

What an irony? What a continent? A continent of great resources and potentials.

The world, as we used to know it, is no longer the same. Some of these violent reactions are further exacerbated by the social media and the alarming speed at which information is dissipated, coupled with abject poverty amongst mainly the youths who make up about 60% of the population of African countries. Juxtapose the sufferings of the masses across the continent with the affluence, conspicuous consumption and public display of hubris by some politicians.

The fundamental and underlying causative factor of some of these violent riots, protests, looting, mayhem and destruction of public and private property lies squarely on failure of leadership that have blundered the resources of their countries, thus giving rise to a mass of frustrated, unemployed and unengaged youths. Some of whom have been pushed or lured to take solace in drugs and alcohol.

How long are we going to continue to have violent eruptions in Africa, especially, in Nigeria and South Africa, the two leading economies on the continent? Have economic statisticians ever bothered to come up with the financial and economic consequences of these incessant unrest and looting of businesses in the two countries? What impacts do these protests and riots have on the much needed Foreign Direct Investment (FDI) into these countries? The more stable and peaceful countries on the continent are waiting, attractive and alternative beneficiaries of any instabilities.

It’s about time that governments on the continent, especially, Nigeria and South Africa, start to address the yearnings of their citizens, particularly the youths and women. Concerted efforts must be made and made in a hurry to address the level of youths drop out from schools, unemployment and the substance abuse. The adverse situation has now become an emergency. We must build capacity by educating the youths.

African leaders and politicians must rise to the occasion, curb their own excesses, amongst which are the out of synch with the economic reality of the remunerations and allowances of political office holder, in the face of visible and debilitating poverty.

Developments across every gamut of human endeavors, ranging from Artificial Intelligence (AI), Space exploration, electric cars and lack of dependence on fossil oil, digital education and information technology. What are the concomitant developments in Africa?

Africa!!!! Wake up and smell the coffee. The world will not wait for Africa.