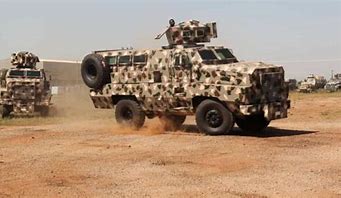 At least, 366 soldiers, policemen and members of the civilian joint task force were killed in ambushes laid by terrorists in the North-East and the North-West between 2019 and 2021.

A breakdown of the figures released by SBM Intelligence states that 337 soldiers, 29 cops and civilian JTF members were killed, while 111 others were eliminated by the terrorists.

The report added that 92 terrorists were eliminated, while in all, 569 persons were killed in several ambushes within the same period.

A breakdown of the statistics showed that the biggest single onslaught against the military was in the Goniri area of Yobe State on March 23, 2020, wherein about 70 soldiers were killed.

On July 7, 2020 in the Damboa Local Government Area of Borno State, 30 soldiers and 12 policemen were killed along with three terrorists.

Between September 16 and 24, a space of eight days, about 49 soldiers and two policemen were killed in the Monguno and Marte local government areas of Borno State.

The report added that 18 soldiers and six policemen and members of the civilian JTF were killed in the Kukawa Local Government Area of Borno State on September 2 and 3, 2020.

Despite the killing of soldiers, however, many of the terrorists are reported to have surrendered in recent times due to the attack on Boko Haram strongholds, while the sponsors of the terrorists remain unknown.

This is just as its been learnt that at least 15,000 terrorists, who surrendered to government forces had begun undergoing de-radicalisation.

The National Security Adviser, Maj, Gen. Babagana Moguno (retd.), had said last week, “In recent months, there has been an endless mass surrender of terrorists and their sympathisers in the North-Eastern part of Nigeria. Currently, over 15,000 people have been received.

“It is important to note that the combination of kinetic and non-kinetic measures largely contributed to this wave of surrender.”

The Head, Strategic Communications in the Office of the NSA, Mr Zakari Usman, told The PUNCH that all 15,000 persons, who surrendered, would be rehabilitated, including some who might be prosecuted.

“At the state level, together with the MDAs that are involved, there is already a process on the ground. For everybody who surrenders, there is some form of rehabilitation.

“The rehabilitation, reintegration and de-radicalisation programme is for low-risk associates. That is women, children and conscripts.”

Meanwhile, human rights lawyer, Mr Femi Falana (SAN), says he will be suing the Office of the Attorney-General of the Federation for refusing to arraign 400 Boko Haram sponsors over six months after he promised to do so.

Falana, who had written a Freedom of Information request to Malami in August to know the state of the case, said the request was based on Malami’s claim of May 4, 2021 that the Federal Government had concluded arrangements to prosecute about 400 alleged sponsors and financiers of terrorism in Nigeria.

“I have not received any response from the AGF since I wrote the FoI. So, we are now constrained to go to court. The AGF said publicly that 400 terror sponsors would be arraigned once the court workers called off their strike. That was over four months ago,” he said.

Attempts to get a response from the AGF’s office proved abortive as his spokesman, Dr Umar Gwandu, did not respond to inquiries.

The Federal Government has come under fire in recent months for failing to name terror sponsors despite the assistance given to Nigeria by the United Arab Emirates and other countries, which provided lists of alleged terror sponsors

However, in a statement in September, Malami defended the decision of the government not to name the terror sponsors, saying doing so could jeopardise investigations.

Malami had said the Federal Government had been vigorously and intensively working to leave no stone unturned in the prosecution of Boko Haram financiers and win the fight against terrorism in the country.

The AGF had stated, “The time is not ripe for holistic disclosures so as not to pre-empt the investigation process. The prime objective remains the attainment of peace and security of our dear nation.

“As far as terrorism funding and financing is concerned, we have succeeded in identifying those that are allegedly responsible for funding same and we are blocking the leakages associated with funding, while embarking on an aggressive investigation that is indeed impacting positively in terms of the fight against terrorism.”

In October, the AGF had also linked the Yoruba Nation agitator, Sunday Adeyemo, aka Sunday Igboho, to a convicted Boko Haram financier.