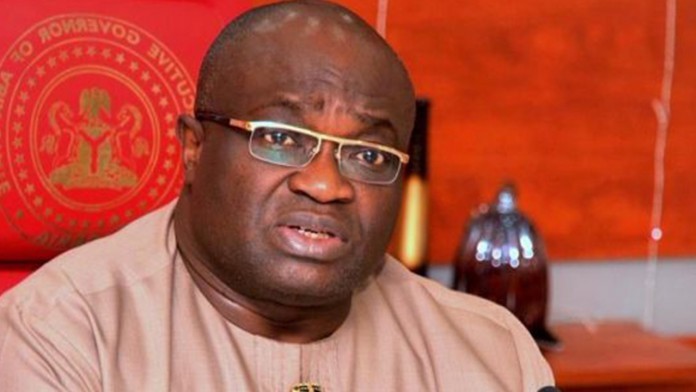 Sources have on Monday, June 28, 2021, revealed that Governor Okezie Ikpeazu of Abia State has played a host to Governor Yahaya Bello of Kogi State ahead of his defection to the All Progressives Congress from the Peoples’ Democratic Party, PDP.It was gathered that all plans for Ikpeazu to defect to the APC have been perfected.According to report, the plan is for Governor Matawalle Bello of Zamfara State to first decamp to APC before Ikpeazu will join him.

It was reported that a member of the Caretaker Committee and Extra-Ordinary Convention Planning Committee chaired by the Governor of Yobe State, Governor Mai Mala Buni, revealed that Ikpeazu’s delayed defection is as a result of the disagreements between him and the Senate Chief Whip who also doubles as the Chairman of the APC caucus in Abia.

Following the peaceful truce reached between Kalu and Ikpeazu, a source confirmed that the governor has suggested his declaration to hold after that of the Zamfara state governor, Bello Muhammad Matawalle, adding that the party leadership will soon announce the date.The several months speculation of defections of Umahi, Ayade, Matawalle and Ikpeazu to the APC has seen Umahi and Ayade officially join the APC, setting the stage ready for Matawalle and Ikpeazu.

Recall that a serving commissioner in Ikpeazu’s government shortly after Ayade’s defection weeks ago revealed that Gov. Ikpeazu has concluded plans to join his former party men to the APC.

It’s also reported that the dissolution of the Zamfara state executive council on Tuesday is part of Governor Bello Matawalle’s preparations for defecting to the APC.

From Afghanistan’s Kabul to Nigeria’s Kaduna