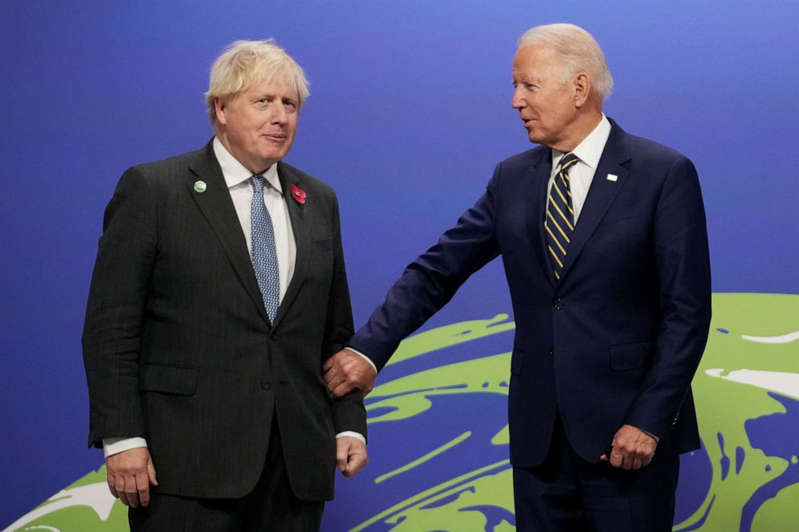 Leaders from nearly every country in the world have converged upon Glasgow, Scotland, for COP26, the United Nations Climate Change Conference that experts are touting as the most important environmental summit in history.

The conference, delayed by a year due to the COVID-19 pandemic, was designed as the check-in for the progress countries are making after entering the Paris Agreement, which aims to limit global warming to well below 2 degrees Celsius, a value that would be disastrous to exceed, according to climate scientists. More ambitious efforts aim to limit warming to 1.5 degrees Celsius.

Not one country is going into COP26 on track to meeting the goals of the Paris Agreement, according to experts. They will need to work together to find collective solutions that will drastically cut down on greenhouse gas emissions.

“We need to move from commitments into action,” Jim Harmon, chairman of the World Resources Institute, told ABC News. “The path to a better future is still possible, but time is running out.”

All eyes will be on the biggest emitters: China, the U.S. and India. While China is responsible for about 26% of the world’s greenhouse gas emissions, more than all other developed countries combined, the cumulative emissions from the U.S. over the past century are likely twice that of China’s, David Sandalow, a senior research scholar at Columbia University’s Center on Global Energy Policy, told ABC News.

Indian Prime Minister Narendra Modi announced the country will reach net-zero emissions by 2070, one of five pledges he made during his remarks at the COP26 leaders summit.

Modi said India will commit to increasing non-fossil fuel energy capacity, fulfilling 50% of its energy needs with renewable energy, reducing carbon emissions by 1 million tons and reducing the carbon intensity of its economy by 2030.

“These five elixirs will be an unprecedented contribution from India toward climate action,” Modi said.

India has been one of the countries under pressure to update its commitments to the Paris Agreement, especially because of the country’s heavy reliance on coal. India contributes around 7% of global greenhouse gas emissions.

Modi is scheduled to announce a global clean energy initiative with Boris Johnson and Biden tomorrow.

Biden apologizes for Trump administration pulling out of the Paris Agreement

President Joe Biden apologized to fellow world leaders at COP26 for the decision made by his predecessor to pull out of the Paris Agreement.

Following his planned remarks at the summit, he made unscripted remarks at a smaller session hosted by U.K. Prime Minister Boris Johnson, where he offered a candid apology for the lack of leadership from the U.S. in the climate fight.

“I guess I shouldn’t apologize, but I do apologize for the fact the United States, the last administration, pulled out of the Paris Accord and put us sort of behind on the eight ball,” Biden said.

Biden was forthcoming with world leaders that he will need to convince Congress to approve additional funding to help nations around the world fight climate change.

In June 2017, then-President Donald Trump announced plans to withdraw from the agreement claiming that could be economically detrimental and cost 2.5 million Americans their jobs by 2025.

The withdrawal became official on Nov. 4, one day after Election Day.

Re-entering the Paris Accord was among the first actions Biden took upon swearing in as president on Inauguration Day on Jan. 20

“It’s simple,” the president said. “Will we act? Will we do what is necessary? Will we seize the enormous opportunity before us? Will we, or will we condemn future generations to suffer?”

The upcoming decade will determine whether collective transformative action around the globe will be enough to curb global warming, Biden said.

“We only have a brief window left before us to raise our ambitions,” Biden said, adding that the time frame is “rapidly narrowing.”

The effects of the pandemic made “painfully clear” that “no nation can wall itself from borderless threats,” Biden said, adding that no one can escape the worse consequences of climate change.

But it is in the self-interest of every country to create green energy and healthier ecosystems for the planet, he said.

Biden stated that the U.S. will be able to meet its ambitious target to reduce emissions by 50% to 52% by 2030 but called on the rest of the world to do the same.

“We can do this, so let’s get to work,” the president said.

COVID-19 vaccine: Many Africans Will take a safe and effective Vaccine