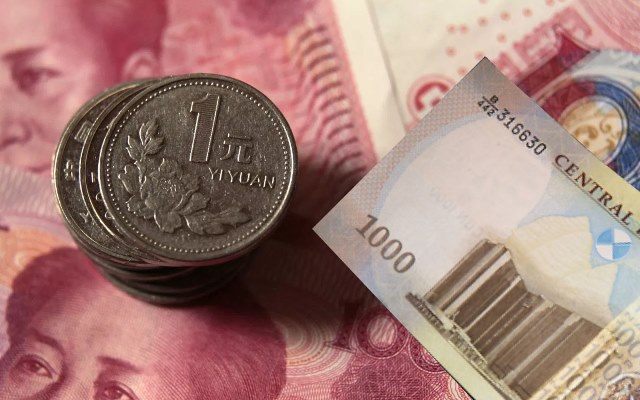 The Chinese Ambassador to Nigeria, Cui Jianchun, on Tuesday said the framework for the N720 billion Bilateral Currency Swap (BCS) deal between China and Nigeria was being expanded.

The envoy, during a press conference to mark the 50th anniversary of the restoration of the lawful seat of the People’s Republic of China in the United Nations, said both countries’ central banks were working on the swap deal.

The Bilateral Currency Swap (BCS) agreement signed in 2018 was to allow importers of goods from China to conclude their transactions in Yuan instead of the US Dollar and vice-versa.

This was done to ease the demand for the US Dollar and reducing the pressure on the naira.

The envoy commended Nigeria and 25 other African countries for supporting the restoration of China’s lawful seat at the United Nations during the 26th Session of the UN on October 25, 1971.

He quoted Chinese President Xi Jinping on October 25 as saying that the restoration “came as the result of joint efforts of all peace-loving countries that stood for justice in the world.”

Jianchun also applauded Nigeria for supporting the One China Policy over the issues concerning Taiwan, adding that the former Island of Formosa remains part of mainland China and should be reunited with it irrespective of the opposition from the United States and its allies.

He also expressed the desire for closer collaboration between the Chinese lawmakers and their Nigerian counterparts, adding that the eighth Ministerial Conference of the Forum on China-Africa Cooperation (FOCAC) will be held in Senegal in late November.

The envoy stated, “FOCAC has now turned itself into a pacesetter for cooperation with Africa and a fine example of mutually beneficial cooperation in the world.

“Africa and China have stepped up mutual support on issues involving each other’s core interests and major concerns, work together for greater democracy in international relations, stay committed to multilateralism and align global governance reforms with the common interests of developing countries.”

Analysts hail Chakwera’s first 100 days of peace: ‘Mutharika did not do justice to Malawi by leaving it on autopilot’