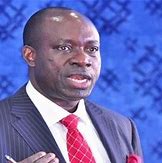 The Anambra State governorship candidate of the All Progressives Grand Alliance (APGA) in the November 6 election, Prof Chukwuma Soludo, has appealed to secessionist groups to allow the election to hold for people’s vote to determine the next governor of the state.

He also disclosed a master plan of economic prosperity that will create 130,000 jobs yearly to end insecurity in the state.

The former governor, Central Bank of Nigeria (CBN), who spoke in Lagos at the weekend while presenting his manifesto to members of the Soludo Support Groups (SSG) and APGA, linked insecurity in the South East to unemployment, poverty and uneven distribution of resources by the Federal Government.

Soludo said: “Our primary target is sustainable and includes wealth creation with jobs, jobs and jobs. We target at least 130,000 private sector jobs yearly for our youths and 1,000 youths millionaires yearly in the medium term.

“We envision Anambra as an industrial-technology hub to lead Africa’s export market under the African Continental Free Trade Area (AfCFTA), strengthen our dominant status as the shopping centre of West Africa, orchestrate the traffic of millions of visitors yearly, as we position to become Africa’s number one destination for entertainment, leisure and creative economy.”

The CBN ex-governor, who urged Anambra indigenes resident in Lagos to join him to create a modern business community in the state, said one of his goals “is to make Anambra the digital and creative capital of Nigeria”. This, he said, will be achieved by “investing in relevant infrastructure, facilitating programmes for digital skill development to boost innovation, creating jobs, encouraging entrepreneurship, enhancing social development and achieving economic transformation by fostering growth in the technology and creative ecosystem.”

He also promised to transform Anambra from a dominantly informal commercial state to a formal, productive and competitive economy underpinned by rapid industrialisation, agriculture, commerce, entertainment and the creative industry, solid minerals and oil and gas.

The professor, who promised to use his international connections to improve Foreign Direct Investment (FDI) and industrialisation in the state, added: “A key principle that will drive our wealth creation initiative is the ‘Buy and Sell Made-in-Anambra’ programme. Government resources will only patronise Made-in-Anambra, except where it is impossible to produce such or no close alternative.

“For example, all vehicles to be purchased with government resources must be Made-in-Anambra brand. We will ensure extra certification of all goods produced in Anambra such that ‘Made-in-Anambra Standard’ will be synonymous with international best practices. I will be the chief marketing officer of anything and everything produced in Anambra. Our plan is to take Anambra to the world and bring the world to Anambra as a frontier Export Processing Zone.”

He also pleaded with them to support the government by paying their taxes and building factories in their home state.