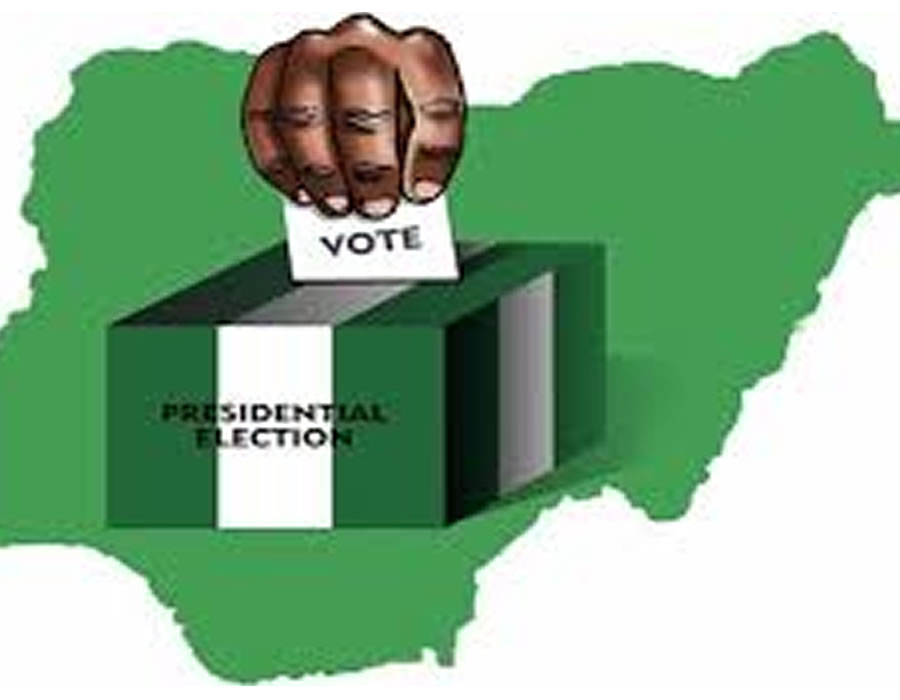 The time has come again for ultimate and genuine transformation inspired by the people for their greater good through the ballot box, the citizen’s power of exchange. Civic and political rights are class of rights that protect individual freedom (Jus Civis) as translated from Latin meaning, “Right of the Citizen”.
In a civilized society such as in Nigeria, the right of the citizen is to assess, examine, evaluate, the actions and performance of a government in power, ask questions, demand answers, and if responses are insufficient, incoherent, discriminatory and inappropriate, then the citizen’s rights actions comes into play for the common purposes of the masses.
Today, national political leaders have become a competition of images or between images, rather than between ideas.
How can the ordinary citizen with voting rights explain the differences between his or her cost of living on a monthly basis for running a family of an average of 4-6 in numbers either a middle-class or working-class household living in urban/rural communities all around the country?
It is understood that by 2015, the minimum income earners went home with an average monthly salary of N18, 000.00. As you obviously know, the cost of goods and services at this time were much lesser and affordable than they are today seven years after, even with the average monthly salary rising to N30, 000.00.
In my observation, in the last seven years of economic inconsistencies and inequality, an average income earner both in the urban and rural areas earns between N30,000 – N150,000 thousand naira per month, with over 75% of the working class or middle class in this category, most of whom their income per household has not changed in this period. In relation to the ever rising cost of goods and services, in some cases at 100 -200% increments, what is the cost of living or running cost of an average household in Nigeria looking at essential goods and services required to survive on a monthly basis, in comparison to household income?

Generator fuelling: 10,000
Fuel for Car: 50,000
Transport: 30,000
Electric Bills: 50,000.
Phone/ Internet Service 15,000
Household Food items 120,000
Cooking Gas: 15,000
Television Satellite subscription fees: 9,000
Household Toiletries: 20,000
Security fees: 5,000
Household waste disposal: 5000
Children school “pocket money” (at N200 per day for four children) = 20,000.
The above is just an estimate of what it will cost an average working class and or an average self-employed household to survive monthly. Following the household expenditure as presented here, it will cost an average household of 4-6 family members, with an average household income of between 30-150k Naira monthly, around N350, 000.00, to keep the household afloat, or struggle to survive.
One of the greatest challenges facing the Nigerian society is the impact of income disparity and cost of living, as such breeding all forms of corruptions, across all strata of the society, from private sector employee, to public and civil servants employees.
In view of the above cost implications in a country where minimum wage is N30,000 Naira per month, unequally and inconsistently paid across the country, the average family of 4-6 will need N350,000 Naira to live a basic life of survival in any Nigerian society.
Now the reasonable question to ask here is how does a household with an average household income of N150,000, be on the safe-side, make-up for the balance N200,000, without an element of corrupt tendencies to survive?
In other words, is the government of the day not indirectly aiding and abetting corruption through its anti-social policies, incoherent monetary policies, and political patrimonialism?
This is the right time for all Nigerian Middle-class and Working-class, in-active voters to wake up to the challenges of life facing them and their families, they must put up a voting fight against the ruling class, and make a significant statement of force by the ballot.
This group of people are the economic and social engine of the country and not participating in the political dialogue, engagement and voting, is an act of self-disenfranchisement and living in denial of the Vail of ignorance on who they are and how their dream society should be governed.
I therefore urge all men and women, educated, bankers, entrepreneurs, business owners, white-collar, blue-collar, informal-sector workers, and all income earners, from the cities to rural communities, across the country to brace the challenges and face the contending politicians and bureaucrats with obvious questions and solutions on the economy which would stabilize a reasonable household income, balance the cost of living, the impact of inflation on goods and services.
It is indeed estimated that there are over 45million working population, with the rights to vote at the coming general election, right or wrong, it is also estimated that in the past election cycles, less than 10million of the working population, has never voted on average. This simply means that most elections in Nigeria has been decided by votes cast by the very poor, unemployed, fairly educated, rural/urban population, most of whom are paid to vote by the political machineries are those educated, enlightened, employed, armchair and not-my-business citizens, going to seat back once again and watch the poor, unemployed, uneducated and vulnerable voting population be used by trading politicians to buy their way into power?
Just to remind us, that politics is war without weapons, it is an act of manipulation through the ability to control the minds and emotions of humankind with words and money.