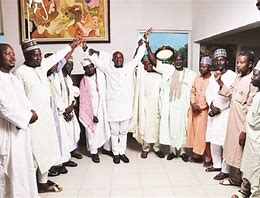 Ahead of the 2023 elections, leaders drawn from the South-East and South-South geo-political zones have resolved to work for the emergence of Moses Ayom as President, describing him as a credible and unifying leader the country needs to forge ahead in the next dispensation.

Led by His Royal Highness, Igwe Friday Ozochi (Ozochimere Eze 1), the leaders conferred on Ayom, a frontline contender for the Presidency in 2023 on the platform of the All Progressives Congress, APC), the chieftaincy title of Ozo Ndi Igbo 1 of Nigeria (Saviour of the Igbo race in Nigeria).

Advancing reasons for the choice of the entrepreneur, Igwe Ozochi said they considered Moses Ayom the most credible figure to lead the country in 2023.

“It is with a sense of responsibility that we make this call. Having watched the tussle for who and which region should produce the next President of this country, we view the cry of the Middle Belt as one that is close if not worse to that of our region, the South East.

“Much as we feel that every zone at the moment apart from the North-West is making a genuine case for the Presidency, especially the South-East, we believe that the Middle Belt can serve as a galvanizing front to play the uniting role you have always played in keeping Nigeria strong and united.

“We cannot forget in a hurry the roles played by the Middle Belt in ensuring the unity of our country Nigeria from the time of the civil war to the contributions of prominent middle belt leaders like Joseph Tarka, Solomon Lar, Olusola Saraki and many others. Having said this, we have carefully and painstakingly watched through most of the leading lights from the Middle Belt region and have concluded that you, Mr. Moses Ayom, fits the role for the next president of Nigeria,” he said.h

He noted that the regions settled for Ayom given his pedigree “as a man with the requisite entrepreneurial antecedents, which are basic requirements for a virile and prosperous nation.”

He continued: “We from the South- East are predominantly business entrepreneurs. We believe that coming from that background of business where you have excelled, your leadership will create an enabling environment for our businesses to thrive,” he added.

In his response, an elated Ayom said he was overwhelmed with the latest gesture and recounted the experience he had with Igbo people when he first visited more than 30 years ago.

He said if elected President in 2023, he would partner with the South East to drive industrial reforms that would turn the region into the Gwanzhou (Chinese industrial city) of Africa.

He also promised that if he becomes the president, he would drive in the INNOSON vehicles and make it mandatory for all government agencies and parastatals to patronize the company and all made in Nigeria goods.

Mr. Ayom pledged to turn Nnewi and Aba into production hubs through strategic support and advancing of grants and low-income financing facilities in the same way the Central Bank of Nigeria, CBN, six years ago, provided his company (Granite and Marble) a N1billion facility under the Real Sector facility which when activated would unlock opportunities in the mining sector.

This event was heralded by the decoration of the recipient by the Traditional ruler of the Tiv people in Abuja, Chief Joseph Aneh who was also on ground to witness the occasion.

The historic Investiture took place in the presence of the Middle Belt Inter Faith Clerics Council of Bishops and Imams who also prayed for the recipient and the success of his political aspiration.

Mr. Moses Ayom as the CEO of Granite and Marble is one of Nigeria’s foremost entrepreneurs who alongside Aliko Dangote, travelled with President Muhammadu Buhari on a Presidential trip to China to sign major business deals in favour of Nigeria.

He is currently in a joint venture with the Federal Housing Authority, FHA, to establish Africa’s foremost Green Smart City in Abuja popularly known as Ketti.