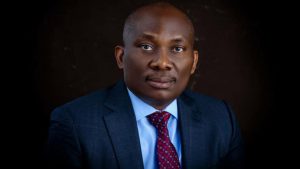 Minority Leader of the House of Representatives, Ndudi Elumelu has declared that the All Progressives Congress (APC) will face an inevitable and crushing fall in 2023 after which it will go into political oblivion.

According to a statement by his Senior Legislative Aide, Tony Ayaegbunam, the lawmaker made the declaration at the valedictory session of the outgoing National Working Committee of the PDP in Abuja.

Minority Leader expressed that the harmony in the PDP “signposts the peace, cohesiveness, and progress that will pervade our nation when our party takes over power in 2023 from the vexatious, retrogressive, and corrupt APC.”

Elumelu stated that the achievement of a seamless transition in party administration at the expiration of statutory tenure reinforces the status of the PDP as a party of statesmen and women and the mainstay of democratic practice in our country.

“The APC has failed in governance and party administration and a crushing fall awaits it in 2023,” Elumelu stated.