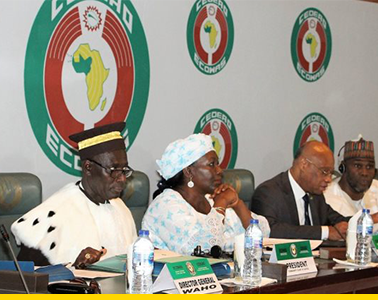 The Economic Community of West African States launches a new currency, but debt and weak institutions could threaten the eco from the start

NEW HAVEN: France bowed to West African pressure in December, finally agreeing to loosen supervision of the Financial Community of Africa currency union and CFA franc. The new currency will be the eco, poised to launch this year, supervised under the auspices of the Economic Community of West African States, or ECOWAS.

But the lack of convergence in debt and inflation rates among the members renders the entire Eco project premature, risky and fatally flawed from its very conception. The reality is that the differences among ECOWAS economies are large, and the type of institutional arrangements that would allow disparate economic entities to share a common currency is lacking.

The eco could benefit by studying lessons from the euro, established two decades ago after six years of planning followed by three years of full currency integration before euro cash hit the streets.

Still, the eco project might have a fighting chance, given that eight ECOWAS members already have 75 years’ experience with a single currency under the CFA franc. The CFA franc is a common currency used by two African monetary zones – the Western zone comprising of eight countries and the Central Zone with six mostly petro-states. The currency was established after World War II to help France import goods from its colonies – initially pegged to the French franc, and later the euro – and many regard the currency as a relic of French colonial hold over the region.  The former French colonies had to store 50 percent of their foreign currency reserves in France in return for guarantees by the larger economy. A French representative also had to be on the board of the currency’s union.

Most of these conditions will end although the currency will remain pegged to the euro and guaranteed by France.

The goal is that a stable eco will help the region achieve objectives of the newly signed Africa Continental Free Trade Area Agreement, seeking the creation of a single continental market for goods and services. The expectation is that close integration will lead to faster economic growth based on the classical economic ideas, as proposed by Adam Smith and David Ricardo, that larger markets lead to increased standards of living, a result of increased economies of scale and comparative advantage. Consequently, this would help develop industries and bolster investment to increase intraregional trade. Further potential benefits of currency unions like the eco are summarized by Robert Mundell, a Nobel laureate in Economics, in his 1961 text, A Theory of Optimum Currency Areas: “If a…single currency is used, there would be a common inflation rate and similar interest rate, a considerable growth in trade, productivity and finance integration, all of which would generate a considerable increase in economic growth and well-being.” A successful eco would create an attractive economic bloc for foreign investors and have positive implications for growth in the region.

For a currency union to succeed, Mundell proposed a convergence criterion as precondition for participating countries. Part of this was adopted by the 1992 Maastricht Treaty that established the euro, and included requiring those joining the eurozone to restrict their deficits to less than 3 percent of GDP and debts to less than 60 percent of GDP. Similarly, to join the ecozone, union members have agreed to meet economic convergence criteria that include keeping public debt below 70 percent of GDP, fiscal deficit below 3 percent of GDP, a stable exchange rate and single-digit inflation among others. Yet according to the latest ECOWAS macroeconomic convergence report in 2019, not a single member met all criteria. Inflation in Sierra Leone averaged 16.9 percent in 2018 and general government debt in Cabo Verde surged to 121 percent of GDP, according to estimates by the International Monetary Fund.

Such challenges make the 2020 proposed deadline highly untenable, and members should study the euro and keep three lessons in mind.

The first lesson from the euro is that the creation of a single currency required responsible institutions that enabled a region of Europe’s diversity to function properly. “Flawed at birth…, the Euro’s (proponents) did not take into account the diversity of the continent, nor did they build mechanisms that would withstand shocks,” wrote Joseph Stiglitz, another Nobel laureate, in The Euro: How a Common Currency Threatens the Future of Europe.

Africa shares this challenge. For instance, the Guinean economy has a GDP of approximately $7 billion, less than Nigeria’s 13th largest state, Abia, with $8.7 billion. Such disparities are reminiscent of the differences in the eurozone that tested the euro’s strength, especially during the 2008 crisis. Strong economies such as Germany could withstand the shock while weaker ones like Greece suffered.  The common currency deprived states off their individual ability to adjust respective monetary policies as need arose. To stimulate an economy, a central bank reduces interest rates to make credit more accessible, leading to a lower exchange rate, thereby making exports more competitive and discouraging imports. These trends improve a country’s trade balance sheet and strengthen the economy. Given that different countries confront various economic challenges, the common peg made it difficult for individual countries like Greece to adjust monetary policy as inflation emerged. This underlying rigidity in the euro ended up crippling the weaker economies.

A second reason for the euro’s woes was that there was a lack of economic and fiscal policy discipline among some eurozone companies. This was accompanied by dysfunctional sanctioning mechanisms and weak financial regulation that led to the increased public and private debt levels and a loss of competitiveness. Countries with more social programs and debt, expected frugal nations to provide rescue, creating moral hazard. Eco countries must therefore stick to their convergence criteria commitments to avoid the same. Failure by one state threatens the cohesion of the entire ECOWAS zone since a country’s fiscal deficits could have systemic region-wide risks and inflationary pressure, imposing huge externalities on others.

Lastly and perhaps the most important lesson from the euro was that the economics of the currency were intimately intertwined with the politics of the eurozone. Stiglitz states that political disagreement among the eurozone states would have made it difficult to create the economic arrangements that enabled the common currency to work.  Stiglitz points to the political cooperation among the 50 states in America as part of the reason why the US dollar project was more successfully implemented than the euro. As such, members of ECOWAS need to reach a common consensus on a political level short of which will render all the aforementioned recommendations unsustainable and temporary palliatives.

Simon M. Mutungi is an advocate of the High Court of Uganda concurrently pursuing a PhD in Financial Technology Regulation at the University of Cape Town and Yale University as a Fox Fellow. He is also a Masters of Development Finance candidate at Stellenbosch University Business School and Laval University (as a Mandela Rhodes Fellow). He is formerly a lecturer of law at Kampala International University and is currently a researcher at the Thurman Arnold Project at Yale Law School and School of Management.

Nigerians Will Be At Disadvantage If The Country Disintegrates – Osinbajo