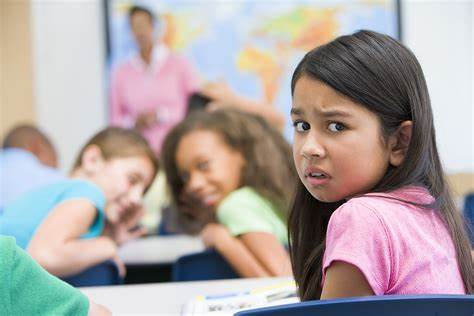 The Society  since its ancient times has never being void of  violence against kids. This is a key indication of moral and social decay in our society. It has become a common vernacular art across the globe.

Over the years, children have been abused but it was so hard keeping records and statistic until in the early2000s.

Violence against kids including bullying targeted towards children  under 18 years old, whether perpetrated by teachers, classmates, friends, neighbours , siblings etc  results  in a  lifelong impacts on health and well-being of children, families, communities, and nation at large.

This may take many forms including physical, and emotional abuse, and              may involve neglect or deprivation.

Bullying (including cyber-bullying) is an unwanted aggressive behaviour by another child or group of children who are neither siblings nor in a romantic relationship with the victim. It involves repeated physical, psychological, or social harm, and often takes place in schools and other settings where children gather, and online.

In Nigeria, It was found that 78% of the children have been victims of bullying on at least one occasion and 71% have lashed out at others at least once. However, more boys than girls were found to be both bullies and victims .

In Oct. 4, 1862, the first report of death resulting from bullying included a 12 year old who died from “bullying behaviour” at Kings School in Canterbury, United Kingdom. By the end of the 1980s the meaning of bullying continues to evolve to include direct verbal harassment on victims who seem emotionally and physically weak.

A Research on kids revealed that over

To every social development, bullies have always been a part; evolving with civilization till the modern day. It has consistently harmed or injured the living being who tries to avoid it within his capacity or her capacity.

The Systematic abuse of power is an intentional way of making kids feel less important in the society, creating room for abuse and a culture for fear.

Is there a possible Reason?

Sometimes, bullying is the product of peer pressure or a sense of entitlement. Other times, it is a reaction to having been a victim of bullying. Other times, violence in kids may have resulted in some children inability to control impulses or manage anger.

This simply indicates that violence in children in prevalent in the academic environment. Over  82 percent  of victims have suffered this emotional pain during their academic lives.

How has this affected children around the world?

Many Victims of this have more likely experienced:

Ryan Halligan was a 13 year old boy, bullied so relentlessly at school,that he finally learned kickboxing to defend himself from the physical assaults. But when the attacks moved online, he had no way to fight back, and no refuge. October 2003, Ryan hanged himself in his family’s bathroom.

In January 2006, a law was passed, making it a federal crime to “annoy, abuse, threaten or harass” another person over the internet.

Roost Foundation in collaboration with Dame Julie Donli are credibly creating massive awareness campaigns on violence against kids, finding and developing tangible answers to the questions of

How Can Violence to kids be paid attention to?

How Can kids deal with Bully?

How can It be Curbed in the society?

Several Awareness can be put together to prevent violence against kids especially in this 21st century.

Amongst several ways include: