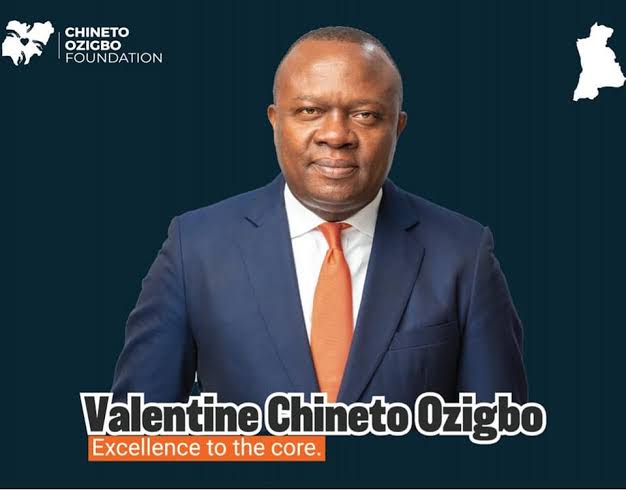 The Awka High Court has on Monday, recognized Valentine Ozigbo as a PDP candidate after declining to renew an order seeking the non-recognition of Mr Valentine Ozigbo as the authentic candidate of the Peoples Democratic Party (PDP) in Anambra State by his opposing candidate Sen. Ugochukwu Uba on the 6th of July, 2021; following claims of Ozigbo’s disobedience to the judgment of an Abuja High Court, in violation of Section 87 of the Electoral Act, sections 25 and 50 of the PDP Constitution and directive of INEC.

Recall that the court had initially, on Tuesday 6th July 2021 barred the factional candidate of the People’s Democratic party, Mr. Valentine Ozigbo in the November 6th Governorship poll.

The court also restrained INEC from accepting Ozigbo as candidate of the PDP until the final determination of the suit brought by Uba to nullify the parallel congress held at the Dora Akunyili Women Development Centre, Awka at which Ozigbo emerged winner with 62 votes.

Uba claimed that the congress at which Ozigbo emerged was convened in disobedience to the judgment of an Abuja High Court, in violation of Section 87 of the Electoral Act, sections 25 and 50 of the PDP Constitution and directive of INEC dated 22nd June 2021 which mandated PDP to comply with the Abuja High Court order issued by the Honourable Justice A.O. Adeniyi.

The said order, initially granted by Justice Obiora A. Nwabunike, going by Order 40, Rule 3(3) of the High Court Civil Procedure Rules could only subsist for 7 days after which the Court may choose to renew it or it stands abated as a result.Going by the proceedings of today, Monday, July 12, 2021 and the Courts refusal to renew the said order, it stands abated and vacated.

The significance of the Court’s refusal to grant a renewal of the said order means in the eye of the law, Valentine Ozigbo remains the recognised PDP Candidate for the November 6 Anambra Governorship election.

The news of the vacation of the said order is eliciting wide jubilation across Anambra State as Ozigbo, a grassroots favourite, has been embraced by the masses of Anambra as the “brightest chance” of reclaiming their state from the decline of the last seven years under the failed leadership of Governor Willie Obiano.

It would be recalled that on June 26, 2021, Valentine Ozigbo emerged the flab-bearer of the PDP in a keenly contested primary election conduced by the National Working Committee of the PDP.

The primary, which was monitored by INEC, was adjudged as the most free, fair and credible in the history of the party.Meanwhile PDP stalwarts across the country continue to congratulate Mr Ozigbo, who is regarded as one of the brightest entrants into politics in the South East.

Most citizens of the important southeastern state, believe it is time to take Anambra from the stranglehold of the Uba brothers, who have been cited by a Harvard University report as “the lead actors in the destabilising and destruction of Anambra State”.