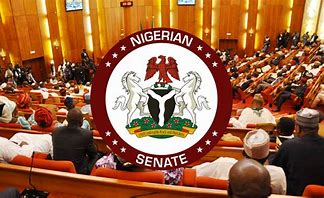 The decision of the Senate of the Federal Republic of Nigeria to reverse itself on Tuesday, October 12, 2021, on the Use of electronic transmission of election results, which they earlier rejected, clearly vindicates the patriotic and bold decision and position that the Abia League of Professional Initiative (ALPI) and other groups and citizens took, in view of the obnoxious stance of the Senate on the matter. The ALPI called out the two Abia senators, Orji Kalu and TA Orji, who played ignoble roles by voting against the use of electronic transmission of election results and being absent from seating (respectively) when such a critical decision, that impinges on our democracy was being taken.

We therefore wish to congratulate all members of the group, who not only ratified the Steering Committee’s decision to write to the three Abia Senators, including Senator Enyinnaya Abaribe, who took, what all lovers of democracy and Nigeria, consider the right position in line with the desires of his constituents, but also to endorse the letters.

This people’s victory over a self-serving and absurd Senate vote, clearly shows that the people must always hold their politicians accountable and to call them out whenever they try to swim against the tide and wishes of the people.

Conversely, we wish to also commend the Senate, for hearkening to the resounding voice of reasoning and for reversing its earlier flawed decision to reject technology in the conduct of elections in Nigeria in the 21st century.
Further, we would like to call on all representatives of the Nigerian people, particularly in the National Assembly to always feel the purse of their constituents, by borrowing a leaf from the British Parliamentarians, who hold what is known as surgeries in their constituencies to give people an opportunity to meet them and discuss matters of concern. MPs usually hold surgeries once a week and advertise them locally or online. A MP may take up an issue on a constituent’s behalf.

After all, one of the major member of the National Assembly’s Key Performance Indicator, is quality and proper representation of the people in a representative democracy, in the legislature.
We hope that this serves as a lesson and a step towards the improvement of our democracy.

Thank you and appreciation goes to all members of the Abia League of Professionals, who supported and endorsed with their names, the letters written to the three Abia Senators, for their roles, in the now reversed flawed decision.