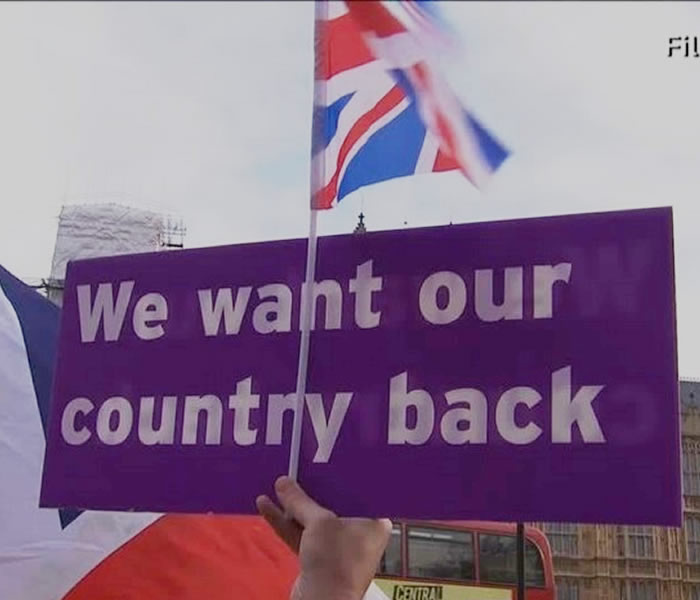 BRUSSELS (Reuters) – Britain and the European Union kick off talks on Monday on how their relationship will shape up after Brexit, with half a trillion euros worth of annual trade and close security ties at stake in what are bound to be tense talks.

Both sides say they want to reach a deal by the end of the year so that new cooperation on everything from aviation to fisheries to student exchanges can kick in from 2021.

The current status-quo transition period that followed Britain’s exit from the bloc on Jan. 31 expires at the end of year.

Around 100 UK officials will be arriving in the EU hub Brussels for the first round of talks with the bloc’s executive European Commission that are due to last until Thursday.

The second round will be held in London later in March and then more are due to follow every two-three weeks.

The EU wants give Britain beneficial access to its single market of 450 million people in exchange for solid guarantees that London would prevent dumping.

But Prime Minister Boris Johnson has said he wants to move away from the EU and refuses to be bound by its rules or the jurisdiction of its top court — all necessary, in the bloc’s view, to ensure fair competition.

He has upset the bloc by backpedalling on a possible more ambitious and broader future relationship the sides had agreed in their divorce package last year.

Senior British minister Michael Gove set an uncompromising tone for London’s position in a an editorial on Sunday, the eve of the new talks.

“We want the best possible trading relationship with the EU. But we will not trade away our newly recovered sovereignty,” he wrote.

Britain and the EU will assess in June whether sealing a basic trade deal is possible by the end of the year.

Without one, trade volumes could shrink dramatically if the sides default to World Trade Organization terms, which include tariffs and quotas.

The lack of trust between the EU and Britain has been exacerbated by comments from London that it might not carry out border controls on the sensitive Irish frontier, the most fraught issue in the talks. FILE PHOTO: Participants hold a British Union flag and an EU flag during a pro-EU referendum event at Parliament Square in London, Britain June 19, 2016. REUTERS/Neil Hall/File Photo

There is also a tonal gap between the bloc’s more rigid, legalistic approach and Johnson’s free-wheeling style.

“All in all, it’s already clear that June will the a difficult month. It is hard to see much progress being possible by then so things will start getting tense,” said one EU diplomat involved in Brexit talks.