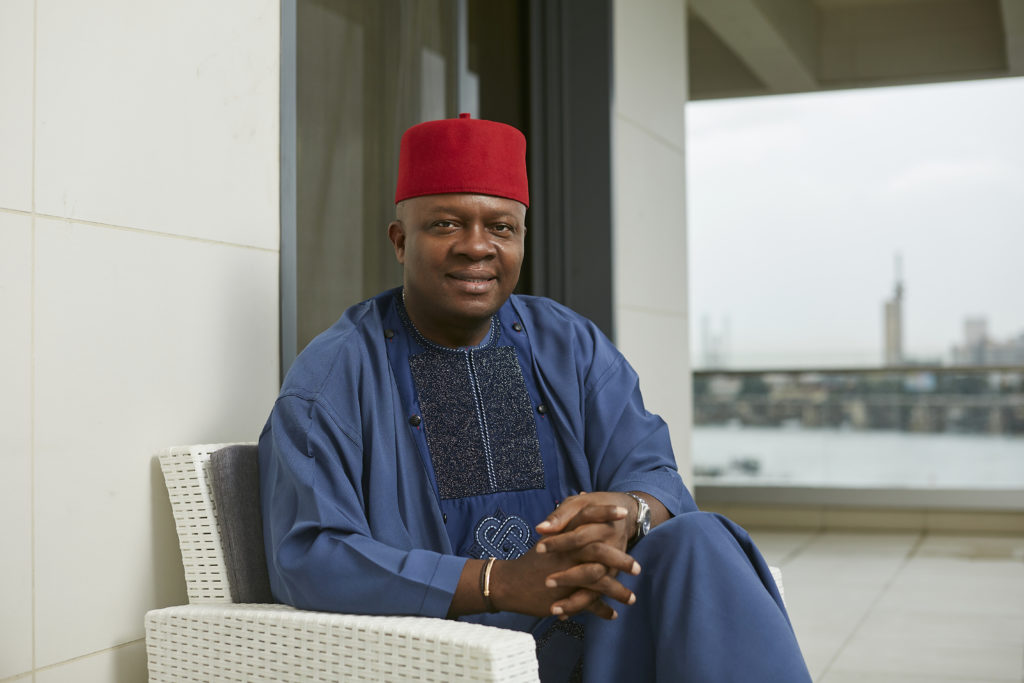 Valentine Ozigbo, the immediate past President and Group Chief Executive Officer of Transcorp Hilton has said his mission is to engender a radical shift that will ensure the entrenchment of the culture of prudence and excellence in governance of Anambra state.

Ozigbo is a frontline aspirant to the position of the governor of Anambra State in the election scheduled for later this year, under the platform of the Peoples Democratic Party, PDP.

Ozigbo, who is a business mogul, philanthropist and humanitarian, said Anambra at this time, needs a competent and visionary leader who can challenge the statusquo to bring about the desired change.

According to him, Anambra State has witnessed massive setback under the present administration of Willie Obiano, and cannot afford another mistake of enthroning incompetency after such underperformance.

“Anambra today is a shadow of what it used to be. Obiano has done his best but whether his best is good enough, it is for the people to judge. But I have moved around the state and observed serious infrastructural decay, poor waste management, lack of access to basic amenities and so on.

“More worrisome is the rising debt profile of Anambra State despite the poor performance of the government. They can argue that monies were borrowed to fund capital projects but the question is where are they? Even the ones that are ongoing, has a question mark around their viability especially the Anambra International Airport at Umueri. The reality on ground is that the state government hasn’t been prudent and smart enough. Instead, it has been very precarious, even under the volatile global economy,” Ozigbo posited.

The Ex-Transcorps boss regretted that the Obiano administration failed to ride on the solid pedestal established for the state’s development by its predecessor but instead, has succeeded in murdering competence and excellence on the altar of nepotism.

In his words; “Peter Obi left Anambra in a positive trajectory with various sums left in many banks which have been validated by many sources. But today, Anambra is in such a debt that one starts to wonder how the state government to where it is now. With the way things are moving, Anambra will soon be left out in the comity of economically-viable states in the near future. That is why my mission is very apt.”

On his chances of clinching the PDP governorship ticket especially with the numerous heavyweight that are in the race, Ozigbo said he enjoys the goodwill of many party men who see him as the unifier among them .

Expressing confidence he added saying, “We now have a party that is far more democratic, transparent and committed to the people’s cause. We also have seen many men of integrity whose interests are to entrench internal democracy and I am hopeful that when the party primaries are over and I emerge, we won’t have the usual division that has made the party fail in past guber elections. I am very hopeful that the primary will yield a candidate with competency, capacity, mastery of developmental issues, respect for people and ability to inspire. And that candidate is me,” Ozigbo boasted.

The business expert dismissed views of some quarters that someone going for the governorship position must first have experience in legislative and other ancillary concerns, maintaining that what the position needs is mastery of governance issues, capacity and strong will to drive through policies that will impact the lives of the people in a visible way.