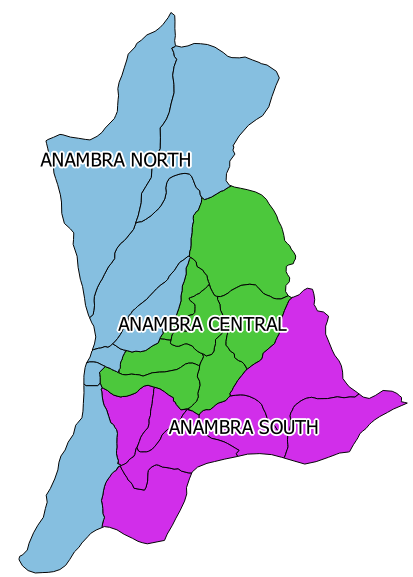 As we inch closer to the 2021 Anambra State gubernatorial election, ndi Anambra are increasingly becoming wildly enthusiastic about the prospects of breathing a fresh air, of a fresh start and a new direction. Amidst the usual razzmatazz that accompany the campaign season, citizens are beginning to ask relevant questions that will guide in the enthronement of a purposeful and focused leadership at Agu Awka.

There is no gainsaying the fact that the APGA-led administration at Awka has failed the people of the state and the failure is colossal even as the people unanimously say “Never Again”.

Good leadership does not happen by accident. There must be conscious and sustained efforts at ensuring that the right person is entrusted with the governance of the State. The selection process, therefore, must be of interest to all who desire good governance.

The following criteria should, to a large extent, guide the selection process:

Anambra people are demanding for a fresh start; a departure from the failed status quo. We need a break from politicians who have contributed to the woes of the State and the Nation at large.

In conceding to the fact that there is no perfect and stainless human anywhere, those who enjoy negative public perceptive index should have no business with Anambra state 2021 project. There seems to be a strong correlation between public perception and reality. Those who have suffered indictments for corruption and those that are being prosecuted for fraud should not be allowed to pollute the political firmament in the state with the repugnant odour oozing from their corrupt/questionable baggage which they haul around. A leopard can never change its colour irrespective of the environment it finds itself; it is a genetic trait.

The rotation of the governorship position amongst the three Senatorial zones of the State is already entrenched in the state and that has contributed, to a large extent, to the political cohesion and relative peace enjoyed in the state during and after elections. The 2021 gubernatorial election will not be different. With HE Peter Obi taking the slot of Anambra Central and HE Willie Obiano about to complete his second term courtesy of Anambra North slot, the position should automatically shift to Anambra South in 2021. That should remain sacrosanct irrespective of the argument of some political jobbers and interest groups.

One of the most dangerous leadership myths is that leaders are born -that there is a genetic factor to leadership. That is a fallacy. Leadership skills come with experience. One of the reasons why APGA-led government in Anambra today failed Anambra people was because the governor lacked any verifiable cognate leadership skill, creating the opportunity for some of his personal idiosyncrasies to get hold of him and that has continued to define his administration. A lot of contending interests are at play at the seat of power and the governor seems incapacitated in weighing in the contending forces at the detriment of the overall growth and interests of the state. Therefore, import of having an on-hand corporate leadership experience at the highest level can never be over-emphasised.

A potential governorship aspirant must possess a verifiable track record of leadership- induced progress and successes at previous tasks.

Sound physical and mental health are some of the prerequisites necessary for an effective leadership. Aging goes with cognitive decline hence, a younger personality will be a desirable option for ndi Anambra State.

I have followed the activities of the leading governorship aspirants of different political parties and one man stands out. He is Valentine Chineto Ozigbo, the leading aspirant on the platform of PDP. He is indeed an exciting character and an aspirant to watch. He comes across as a consumate gentleman, chivalrous and proper in all ramifications. Listening to him exposes a man with a deep celebral content, intuitive and quick-witted.

Val Ozigbo has played at the highest level of corporate governance; helping in designing policies for nations and even Africa. His cognate experience in leadership is second to none amongst all the aspirants. I am sure a lot of people are not aware that Valentine C Ozigbo is one of the few Nigerians who were invited to China to help develop the framework for the increased China-African ties and the economic co-operation that Africa enjoys today with China. He is the immediate past President and CEO of Transcorp group and also sits on the board of many multinational and corporate organisations.

Although of an elite status attained via hard work, he never forgets his root and background. Mr Val was not born with a Silver spoon in his mouth. This informs why he mixes easily with all the segments of the society, both low and mighty. Those who have had cause to interface with him always go with a positive impression of a man who has been adequately prepared for the task of leading the state out of the doldrums and placing it on the path of economic prosperity.

As we continue to interrogate the various aspirants, analyse their activities and qualifications and ask relevant questions, it is my hope that the PDP does the needful by handing over the governorship ticket to Mr Valentine Ozigbo and the rest will be History.

Buhari has done his best, don’t expect anything more – Obasanjo to Nigerians