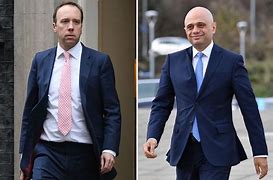 On Saturday, Sajid Javid was appointed as the New Health Secretary by the Department of Health and Social Care (DHSC). The former chancellor of the exchequer and home secretary, had said he was “honoured” by the appointment.

“The Queen has been pleased to approve the appointment of the Rt Hon Sajid Javid MP as Secretary of State for Health and Social Care,” a short press release from the government read on Saturday.

Sajid Javid has said he wants to see a return to normal “as quickly as possible” after replacing Matt Hancock as health secretary.

Speaking on Sunday, Mr Javid said he would do all he could to “deliver for the people of this great country”.

Recall that Mr Hancock, the 43 year old British politician serving as Secretary of State for Health and Social Care since 2018, had announced his resignation after pressure had been building for him to quit following the publication by the Sun of pictures and a video of him and Gina Coladangelo, who are both married with three children, kissing. He was seen kissing her at the Department of Health’s London HQ during office hours last month as the mutant strain began spreading.

The newspaper said the images had been taken inside the Department of Health and Social Care (DHSC) on 6 May.

Following the revelations, a number of Conservative MPs, as well as Labour and the Covid-19 Bereaved Families for Justice group, had called for Mr Hancock to go.

Ms Coladangelo is also leaving her role as a non-executive director at the DHSC.

Mr Hancock has ended his 15-year marriage to his wife, Martha, and the relationship with Ms Coladangelo is understood to be a serious one.

In his letter to the prime Minister, he reiterated his apologies for breaching the guidance and putting his family through the whole crises; insisting that the last thing he wants, is the interference of his private life with that of the nation’s focus on eradicating the pandemic.

Speaking on Sunday to reporters, Mr Javid said Mr Hancock had achieved “a lot” in the role, adding “I’m sure he will have more to offer in public life”.

He said: “I was honoured to take up this position. I also know that it comes with huge responsibility, and I will do everything I can to make sure that I deliver for the people of this great country.

“We are still in a pandemic and I want to see that come to an end as soon as possible, and that will be my most immediate priority to see that we can return to normal as soon and as quickly as possible.”

The NHS in England is also in the process of recruiting a new chief executive, while the UK Health Security Agency is being set up and absorbing some of the work of key agencies involved in the pandemic response, such as NHS Test and Trace and Public Health England.

Dr Chaand Nagpaul, chairman of the British Medical Association Union, said Mr Javid would face a “baptism of fire” in his new role without the normal phased handover other health secretaries enjoyed.

The healthcare workforce was “absolutely exhausted” after working through the pandemic and there was a “backlog crisis” of more than five million patients waiting for treatment, he said.

But the first priority for Mr Javid will be overseeing the vaccination programme, Mr Nagpaul said, adding: “He needs to make sure that every day counts because until we’ve vaccinated the adult population we are not going to be able to see our way through this pandemic.”

Investigative Analysis into the assassination of Haiti’s president