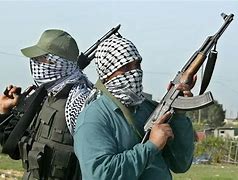 Parents of the students abducted by bandits from Bethel Baptist High School in Kaduna State have threatened to burn down the school if nothing is done to rescue their wards.

A statement issued by the state government revealed that the bandits, on Monday, shot sporadically as they advanced to the school’s hostels and abducted an unspecified number of students.

One Caroline Emmanuel whose younger brother was taken away by the bandits said she was displeased on receiving the news.

She said: “I was not happy. It made me wonder about the kind of country we are in. I don’t know if we still have leaders in this country. How can bandits enter Kaduna State and operate for 24 hours despite the presence of security agencies everywhere in the state?”

She stated that her house was recently attacked as she lamented that nothing is being done to fish out the perpetrators.

“Just last two weeks, they attacked our own house in Nissi Village, and now my brother’s school. It’s not funny at all,” she said.

Emmanuel said authorities need to talk to the parents of the abductees about the 40 students they claimed to have rescued for them to know if they need a medical examination.

According to her, “Yesterday they said they went to rescue 40 of the abductees. We are still waiting for them to tell us something about them.”

“The government is selling propaganda, saying they rescued the children. They didn’t. Those children escaped themselves,” she pointed out.

“They should show us the 40 students so that we can attend to them if they need medical attention.”

Lamenting about the state of insecurity in the state, she said bandits “attack us at home, in the farm and everywhere. We are not secured.

“State of Emergency should be declared in Kaduna State.”

Pointing to some distraught parents, Emmanuel said, “Parents are saying that in the next two hours, if nothing is said about their children, this place will be burnt down.”

Meanwhile, the state government has announced that effort has been put in place to ensure the rescue of the abductees.

This was disclosed in a statement issued by the Kaduna State Commissioner for Internal Security and Home Affairs, Samuel Aruwan

“A team of Military and Police personnel were mobilised to the school and pursued the bandits in a bid to avert their evil intention.

“According to reports received from security agencies, twenty-eight students were accounted for while an unspecified number were abducted by the bandits.

“Security agencies have assured the Kaduna State Government of vigorous search and rescue efforts to locate and secure the unspecified number of abducted students.

“The Governor is following the development and receiving hourly situation reports.”

Fall in Naira: Naira Weakens By 10.7% in One Month