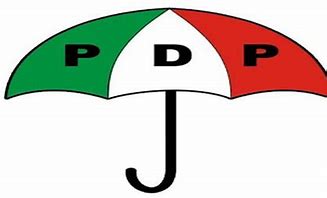 Emerging threats to the proposed October 30 national convention of the Peoples Democratic Party (PDP) have forced its 13 governors into an emergency meeting in Abuja.

Even as the party commenced screening for its anointed candidates for the various offices yesterday, many others not favoured by the godfathers have begun moves to cripple the convention.

The governors, it was learnt convened the emergency meeting to get first-hand information on the crisis being brewed by the consensus arrangement.

This is even as the party generated N63 million from sale of nomination forms.

The convention, billed for Abuja, has 33 aspirants vying for the various leadership positions in the main opposition party.

While the fee for other substantive offices was pegged at N2 million, nomination forms for the national deputy offices went for N750, 000.

A stiff contest is expected for the position of deputy national chairman (South) where Taofeek Arapaja, Olagunsoye Oyinlola and Wale Oladipo all picked and submitted forms to test their popularity at the event.

While Oyo State Governor Seyi Makinde is believed to be sponsoring Arapaja and Oladipo, the former PDP national secretary is backing on the support of Senator Ademola Adeleke and a good number of stakeholders from Osun State.

Oyinlola, on the other hand, is heading to the convention on his own, having seen earlier support from Makinde swayed in the direction of Arapaja.

Both Oyinlola and Oladipo hail from Osun, while Arapaja is from Oyo.

For the position of deputy national chairman (North), former Minister of Women Affairs and a one-time national woman leader, Hajia Maryam Ina Ciroma, is up against Ambassador Umar Damagum. Hajia Ciroma hails from Borno, while Damagum is from neighboring Yobe.

Anambra, which had the national auditor’s office micro-zoned to it, failed to settle for a consensus candidate as the trio of Okechukwu Daniel, Ikechukwu Nwosu and Mrs. Chibuogwu Benson-Oraelosi will test their popularity among party delegates at the convention ground.