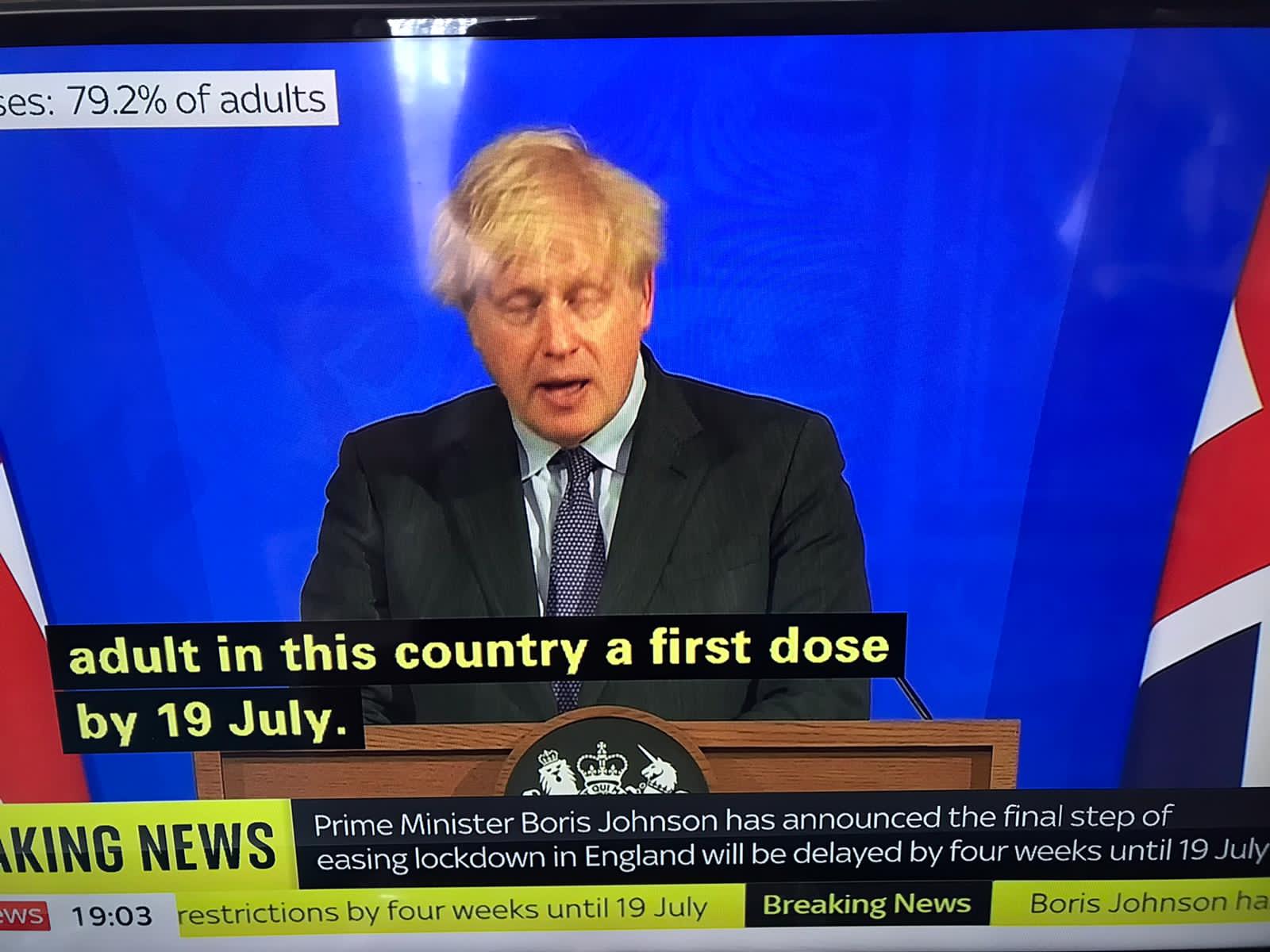 The British Prime Minister Boris Johnson, has just announced that the final lockdown lifting up would now be extended to the 19th of July 2021.

The Covid restrictions were due to be lifted on the 21st of June.

‘We have faced a very difficult choice. We can simply keep going with all of Step 4 on 21 June even though there is a real possibility that the virus will outrun the vaccines and that thousands more deaths would ensue that could otherwise have been avoided. Or we can give our NHS a few more crucial weeks to get those remaining jabs into the arms of those who need them’.

The prime minister’s announcement came as analysis showed England’s rate of new infections had climbed to its highest level since 2 March. Some 37,729 new infections were recorded in England in the seven days to 9 June, according to Public Health England (PHE).

PHE also reported that the UK had logged 7,742 new infections in just the last 24 hours – the highest one-day tally since February.

‘And since today I cannot say that we have met all four tests for proceeding with Step 4, I do think it is sensible to wait just a little longer. Now is the time to ease off the accelerator because by being cautious now we have the chance – in the next four weeks – to save many thousands of lives by vaccinating millions more people’.

‘Once the adults have been overwhelmingly vaccinated, which is what we can achieve in a short space of time, we will be in a far stronger position to keep hospitalisations down, to live with this disease & to complete our cautious but irreversible roadmap to freedom’.