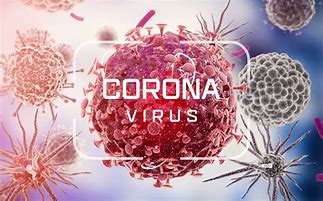 There are ongoing studies to understand the impact of the variant on existing vaccines and therapeutics.

According to available data from the NCDC, a total of 4,010 cases have been registered so far in the month of July, a significant increase compared to 1,100 and 1,394 recorded in the months of June and May 2021, respectively.

The Nigeria’s public health agency announced that the 404 infections were reported in 11 states.

It stated that Lagos State, which had been contributing the highest number, reported 356 in the day under review.

The NCDC disclosed that 39 people have recovered and were discharged from various isolation centres in the country, but no death was recorded on Tuesday.

The public health agency added that till date, 164,837 recoveries have been recorded nationwide in 36 states and the Federal Capital Territory.

The agency assured that a multi-sectoral national Emergency Operations Centre, activated at Level 2, continues to coordinate the national response activities.

The NCDC added that the country had also tested more than 2.4 million samples for the virus out of the country’s estimared 200 million population.

The NCDC however advised that Nigerians must protect themselves from COVID-19, as the virus continues to spread across the country and the variants were circulating.

“Take steps to protect yourself from the virus. Get a COVID-19 vaccine, when it is available to you.

“Wear a mask that covers your nose and mouth to help protect yourself and others.

“Stay six feet apart from others who don’t live with you.

WHO Chief: “Pandemic to be far more deadly in second year.”