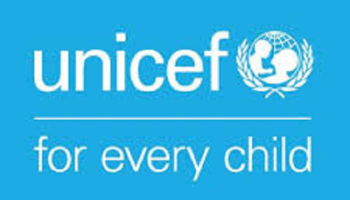 The United Nations Children’s Fund has revealed that over 45,000 children were released from detention during the COVID-19 pandemic.

This was made known via its  titled, report ‘More than 45,000 children released from detention during COVID-19 pandemic; evidence that child-friendly justice solutions are possible – UNICEF’.

According to the report, which was released ahead of the World Congress on Justice with Children, a new UNICEF analysis estimates more than 261,000 children are held in detention globally; calls for juvenile justice reform to end the detention of all children

UNICEF also noted that after it highlighted the increased risk of contracting COVID-19 due to the overcrowding in prisons, at least 84 countries agreed to release thousands of detained children since April 2020.

“We have long known that justice systems are ill-equipped to handle the specific needs of children – a situation further exacerbated by the COVID-19 pandemic,” the UNICEF Executive Director, Henrietta Fore, said.

She continued, “We commend countries which heeded our call and released children from detention.

“By protecting children from conditions that could have exposed them to grave illness, these countries were able to overcome public resistance and spur innovative, age-appropriate justice solutions.

“This has proved something we already knew – child-friendly justice solutions are more than possible.”

In its latest report, UNICEF is calling on governments and civil society to expand free legal aid, representation, and services for all children in detention.

“Any child detained is evidence of failed systems, but that failure is then compounded further. Justice systems meant to protect and support children often add to their suffering,” said Fore.

“As policymakers, legal practitioners, academics, civil society, and children and young people convene at the World Congress this week, we must work together to end the detention of children.”