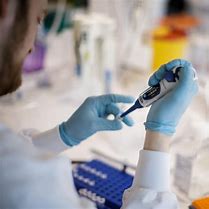 Walk-in vaccine clinics for children aged 12 to 15 are expected to be launched in England within weeks.

Figures released by the Office for National Statistics reveal that one in 14  secondary school-age children had Covid during the week ending 8 October, up from an estimated one in 20 pupils the previous week.

The percentage of people across the country testing positive for coronavirus is currently highest for 12 to 15 year olds, however the vaccination rate among this age group stands at just 14.2% in England, compared with 44.3% in Scotland.

Walk-in clinics will aim to stem the rising rates of Covid-19 infections in secondary schools.

The UK has witnessed its highest increase in Covid-19 infections since July, with 45,140 new cases on Sunday.

Cases have increased by 23% in the last week resulting in the largest since July 20th.

Office for National Statistics (ONS) estimated data has revealed the overall surge in cases means that one in 60 people in England have had Covid over the past week.

In early January during the peak of the second wave there were around one in 50 people on average who had the virus over a week period.

The ONS said: “Data from the Coronavirus Infection Survey shows one million people across the UK had COVID-19 in the latest week, as infections rose across England and Wales, but fell in Scotland.”

From today, people in Scotland will need to prove they have received two doses of a Covid vaccine in order to gain access into nightclubs and large events.

Everyone over 18 must show that they have been double jabbed, if asked, in order to access the following events:

The Scottish government’s vaccine passport scheme came into effect on 1 October after Members of the Scottish Parliament voted to back the proposals.

However, it has now become enforceable by law after businesses were given a 17-day “period of grace” to allow venues time to test out their procedures.

Scotland’s Health Secretary, Humza Yousaf, said: “This virus has not gone away and vaccine certification will have a role to play in keeping transmission under control as part of a wider package of measures.

“It adds a further layer of protection in certain higher risk settings.

“I also want to ensure that as many people get vaccinated as possible and particularly to increase uptake in the younger age cohort, so anything to incentivise that is helpful.”

Rollout to Begin Next Week as UK approves Pfizer/BioNTech vaccine