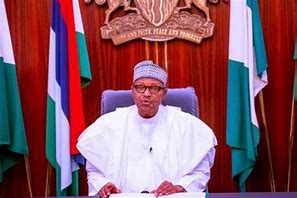 President Muhammadu Buhari has expressed gratitude to the Kingdom of Saudi Arabia over its decision to concede oil production quota to Nigeria in the past.

He made this known while playing host to the Saudi Arabian Minister of Foreign Affairs, Prince Faisal Bin Farhan Al-Saud, on Tuesday, at the State House, Abuja, where he stated that the oil-rich kingdom has been quite kind to Nigeria.

In a release issued by Femi Adesina, Media Adviser to the President, Buhari stated that Nigeria’s large population and infrastructural gap, the country needed all the income she could earn from oil, the main source of the Nigerian economy, “and Saudi Arabia has been very kind to us, making sacrifice by reducing production to accommodate us a number of times”.

President Buhari recognized the bilateral relationship that exists between both countries as very strong, which dates back in time, both at the personal and national levels.

“It is long and steadfast,” the president added.

President Muhammadu Buhari’s guest, Prince Al-Saud delivered greetings from King Salman bin Abdulaziz Al-Saud, stating that the Kingdom appreciates the relationship with Nigeria, “which dates back 61 years, and we want to strengthen it even further”.

He noted that both countries have good prospects both economically and politically, not just among the leaders, but also the people.

“There’s still a lot we can do together,” the Prince said.