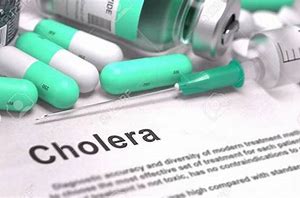 289 deaths reported in seven months
As another wave of Cholera outbreak again sweeps through Nigeria with casualty figures fast rising especially in the nation’s seat of power, Abuja residents are in panic. The situation, has led many to raise questions as to the preparedness and state of government’s responsiveness to tackle and provide basic amenities such as potable water, sanitation and access to basic health facilities for the public.

In this fresh outbreak, which has been spreading in the last one month, the Federal Capital Territory (FCT) is said to be worst hit with the number of deaths peaking 60 and still counting, a situation that has brought to fore, the gross failure of governments and exposed shortcomings in the provision of basic amenities such as potable water and access to health services.

Investigations by The Guardian at some local centres in communities across area councils affected by the disease show that most outbreaks and fatalities were recorded in densely populated and unsanitary communities. For example, in Lugbe Across or Berger Junction, a densely populated low income, local settlement, the only community health centre there, popularly referred to as AMAC, also recorded a number of Cholera cases although no one confirmed any case of death.

Many of the sick at the centre appear to mind their businesses. But close to where the reporter stood, sat a young woman, silently crying. Upon a gentle prod of what the problem was, she explained that the nurse just told her she would be admitted for Cholera. Although staff at the clinic were not willing to make any comment or give details on the number of Cholera cases reported and treated, victims of the disease however, could not be silenced as some narrated their ordeal.

Salma is a Cholera survivor. She explained that she had a rough time with the disease. “It started as stomach ache, then I started going to the toilet. The frequency of visiting the toilet increased and before you know it, I was vomiting and getting weak and my legs were all paining me. But I thank God that I quickly came to AMAC for treatment. It was really a horrible experience,” she said

One of the nurses confirmed that as at the time of this investigation, the clinic has a number of individuals on admission, being treated for the disease. “We have some people here on admission because the disease is spreading everywhere in Abuja now. Some have already been discharged but we still have some on admission now,” she said.

The National Centre for Disease Control (NCDC), has reported that since January, the country has recorded at least 10, 833 suspected Cholera cases, 112 confirmed cases with 289 deaths in 15 states including Bayelsa, Bauchi, Sokoto, Nasarawa, Kogi, Delta, Plateau, Kano, Kaduna, Benue, Bauchi and recently, the FCT, Abuja among others. In the last one week, the fresh bout of Cholera outbreak is reported to have claimed not less than 60 lives in the FCT, where one would expect basic amenities such as potable water, to be available, if not top notch.

Although almost all the area councils in the FCT were plagued by the outbreak, majority of the initial cases were reported in communities within the Abuja Municipal Area Council, while Bwari area council is suspected to be the genesis of the disease this time around. Another factor that could be considered responsible for the outbreak according to a UNICEF report is the low levels of rainfall, which characterised this year’s rainy season, and this breeds the pathogens (disease causing organism). Also, extreme rains are capable of leading to the contamination of clean water, causing water borne diseases.

Dei-Dei community health centre, a government primary healthcare facility located in Dei-Dei community in the FCT, is often the first port of call by residents in and around the environment during health emergencies. The facility sits at the entrance of the heavily populated low-income earners’ hub, of Dei-Dei, off the ever-busy Abuja- Kaduna expressway. It is here that some of the worst cases of the recent Cholera outbreak and deaths occurred.

Walking into the area, one is greeted by a flurry of business activities, hawkers of various items and the typical local small-scale businesses that characterise struggling communities in Nigeria. The tightly packed streets lined with makeshift shops and the usual local feature of Maishai, (local Hausa Tea brewing and drinking spots), are covered with patches of stagnant smelly dirty water, shallow gutters filled with dirt and green algae. It is a poor man’s heaven bringing along with it sickness and death by Cholera.x

Unofficial account indicates that at least, 15 Cholera cases were reported in the first two days of the outbreak of the disease within Dei-Dei and neighboring communities, with about six deaths, one in the centre, another just sent off as referral. Three other members of one family reportedly died after leaving the health facility because they could not afford the cost of treatment.

Taking the unclean road into the health facility, another sight unfolds – the sight of sickness and drugs mixed with the strong smell of disinfectants. Patients could be seen seated on long wooden benches, while an attendant searches for patient’s file and sends them in to see the attending nurses. The reporter joined the queue, observing and subtly asking questions from anyone willing to contribute to the disturbing topic.

The health centre itself is nestled in a very tight space facing the power-generating house. It has very little room for human movement, let alone a parking space for vehicles except maybe, motorbikes. The wall, obviously in need of a facelift creates a dreary picture of an environment that has seen the worst of human pain. A nurse at the facility, (names withheld), said the disease outbreak, has almost turned to a crisis for the centre’s health workers because the facility was suddenly swamped with locals, who fell sick from Cholera, even as nurses struggled to treat patients.

“We were able to treat some of the cases, but we had to refer the severe ones to Sabon Wuse, (another nearby community with a bigger facility), for treatment and some of those referred, unfortunately could not survive,” the nurse stated.

According to him, two Cholera patients have just been discharged before the reporter’s arrival and most likely before the day ends, more of such cases might be admitted. He explained that even though the number of those admitted is reducing, it was not the case during the Eid-el-Kabir or Sallah celebration period as entire families in some cases have had to get treated or admitted for stooling and vomiting.

“A family of 15 brought four children and we discovered that they had Cholera. We treated them but the youngest child’s case was critical such that we had to refer him to Sabon Wuse. However, the boy later died. Two days later, the man brought his two wives who also caught the disease.

“We were really concerned that the disease could further spread in the family. So, in addition to the treatment, we are sensitising the patients on the importance of basic hygiene such as hand washing, drinking clean water and keeping their homes and surroundings clean. There have been some that died here because of Cholera. You know a lot of people come here from all around this environment. So, we have to put in extra effort to meet the demand for treatment. In some of the very serious cases, the patients keep fainting, collapsing and then stooling,” he explained. 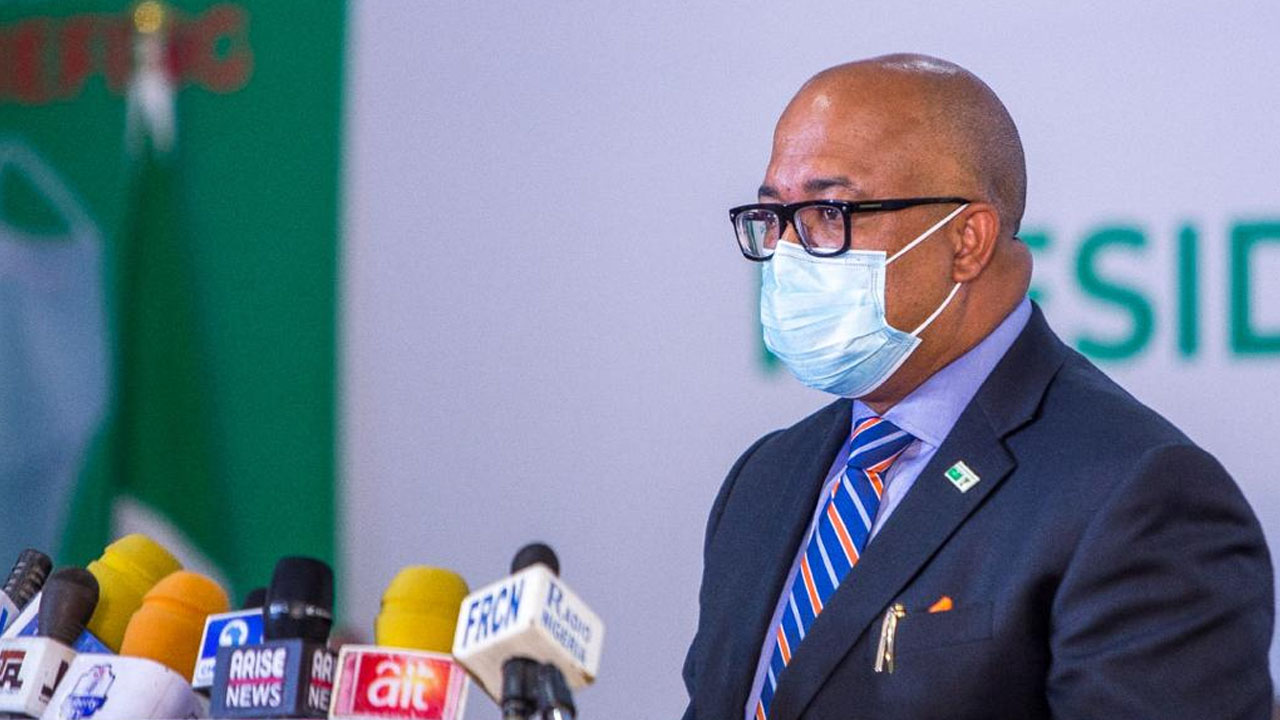 [ FILES] NCDC Director General, Dr Chikwe Ihekweazu. PHOTO: TwitterThis recent outbreak and deaths, has raised a number of questions on why these health problems persist despite efforts by the government to tackle potable water challenge, as always claimed by officials. While many Nigerians are killed by these water borne diseases, the Federal Ministry of water resources, led by engineer Suleiman Adamu, has absolved the ministry of responsibility with regards to ensuring the availability of potable water. He claimed that it is not his job to provide potable water to Nigerians but that of the state governments.

Because water is intricately linked with sanitation, diseases such as Cholera thrive where there is poor access to clean water, creating a conducive setting for Cholera and other water borne diseases to thrive. The disease is quickly spread by flies that perch on food and kitchen utensils.

In Tungan Wakili, another very unhygienic suburb of the FCT, it was a harvest of death as not less than five persons were said to have died from confirmed cases of Cholera apart from other unconfirmed but deaths from similar symptoms.
According to a local nurse living in the locality, the spread of those affected by the disease is slowly abating but there is still need to stay alert.

“This is a very serious issue here. The way people are dying from this disease is scary. Even though it seems to have reduced, I am hearing that it is now in Gudu district so it means that people in Abuja are still not safe. We are just coming out of this COVID-19 lockdown only for Cholera to start,” she lamented.x

Locals in the community have said that one person has also died from a suspected Cholera case in a clinic known as Goodness Land located in the area. The local chief of another community, Tungan Galadima, is also reported to have lost his wife to the disease after some of the children contracted it, a health worker has said.

Observers are of the view that the current Cholera outbreak is an embarrassment because it shows a major weakness in the areas of sanitation, access to potable water and healthcare delivery. Year after year, Nigerians are afflicted by water borne diseases such as Typhoid, worms and Cholera.

Only recently, the Guardian reported that despite billions of naira allocated yearly for the provision of potable water, Nigeria remains immersed in poor infrastructure for collection, treatment and distribution of water.

Even though government itself has alluded to the challenge of potable water availability to Nigerians, it has not been able to bridge that gap and even though a number of dams and water projects were said to be commissioned, it still fails to translate to potable water for the nation’s ever-growing populace.