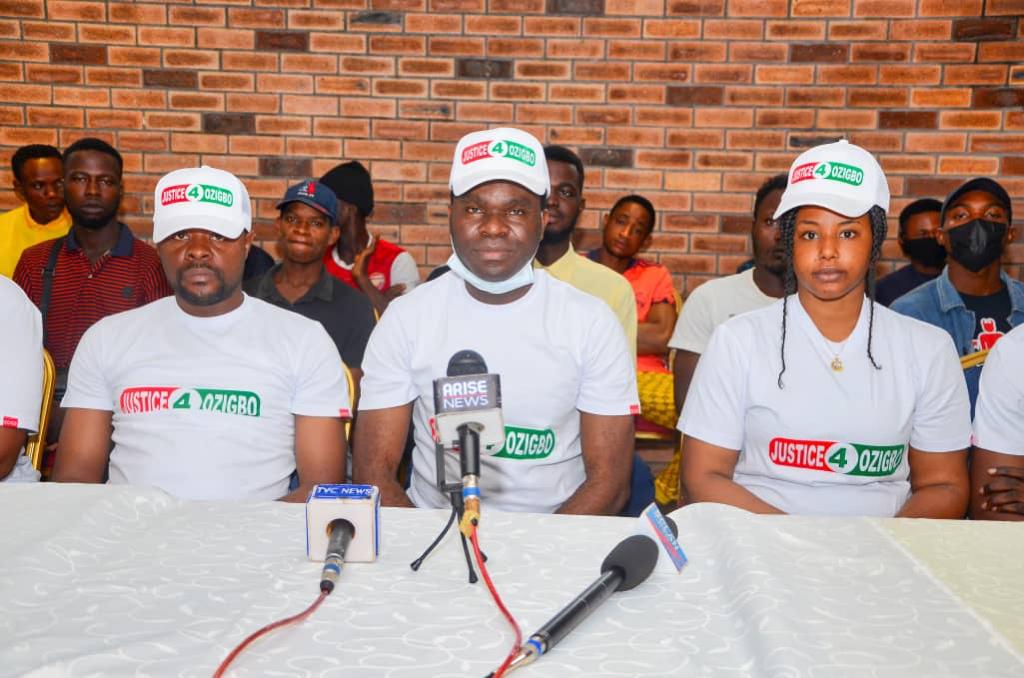 Comrade Kennedy Iyere, is a renowned NGO executive, who needs no further introduction. He is an internationally acclaimed social entrepreneur and frontline humanitarian activist whose passion is to promote human welfare and social reforms through social investment interventions. He founded Africa’s largest youth enterprise non-governmental organization, known as Youths Off The Street Initiative (YOTSI). He is also the initiator and coordinator of Civil Society Committee for Anambra Election Security (CISCAES).

Comrade Iyere has made an appeal to noble Judges, especially within the Appeal and Supreme Courts, requesting their intervention in the ongoing judicial victimization of Valentine Ozigbo by corrupt Judges, who are allies of Chris Uba (and his cohorts), a serial electoral litigant, who is known for exploiting electoral litigations, as cheap avenues for acquiring massive wealth.

This appeal was made by Comrade Iyere, in the aftermath of the compromised judgement delivered by Justice O.A Nwabunike, who have in every way, suppressed the voice of conscience by truncating justice against Valentine Ozigbo, who is the known authentic PDP Candidate and winner of the primary, which was lawfully conducted by the national leadership of the Party, on the 6th June, 2021.

In order to defend Ozigbo against the ongoing judicial victimization by corrupt Judges, who are allies of Chris Uba and his gang, Comrade Iyere has launched, a judicial anti￾corruption electoral movement, known as “JUSTICE4OZIGBO MOVEMENT”, its mandate is to track all electoral legal proceedings relating to all cases filed by Chris Uba and his allies, which will seek to challenge the candidacy of Valentine Ozigbo, as the legitimate PDP Flag Bearer, in the 2021 Anambra guber-poll.

The “movement” aims to expose and indict those Judges, who will allow themselves to be used, as agent of legal oppression, in the ongoing conspiracy by Chris Uba and his allies, to eliminate Valentine Ozigbo from the ballot. This will not only ridicule the Judiciary but will kill the dreams of other noble Nigerians who may be nursing the ambition of serving in political offices. Ozigbo’s victory against Chris Uba and his allies, will be a victory for the judiciary itself and also for democracy in Nigeria.

Comrade Iyere, made his pleas at Awka yesterday, during a judicial anti-corruption protest match and a press briefing in Awka. While addressing the press, Comrade Iyere, affirmed that the “VICTORY4OZIGBO MOVEMENT” , is an initiative of the civil society, driven under the Civil Society Committee for Anambra Election Security (CISCAES), an election integrity project of Youths Off The Street Initiative (YOTSI), the NGO he founded, which presently exists, as the largest youth enterprise non-governmental organization in Africa.

By the establishment of the “JUSTICE4OZIGBO MOVEMENT”, the eyes of Nigerians and other members of the International Community will see and observe the way the Nigerian Judiciary will play out its role in the ongoing legal battle between good and evil, stating that Valentine Ozigbo, represents everything good because his political ambition means well for Nigeria’s democracy but his oppressors, such as Justice O.A Nwabunike, Chris Uba and others, are people of evil intentions.

He further added that the plot to imolize Anambra will never be allowed to succeed. It was the reason he formed the Civil Society Committee for Anambra Election Security (CISCAES), whose focus is to ensure that politicians, candidates, security agents, parties, INEC officials, judges and supporters of parties are compelled to play by the rules. According to Comrade Iyere, the “rig and lets meet in court” approach of rigging elections, will not work in Anambra State.

The Role of Tribalism and Nepotism in Nigerian politics