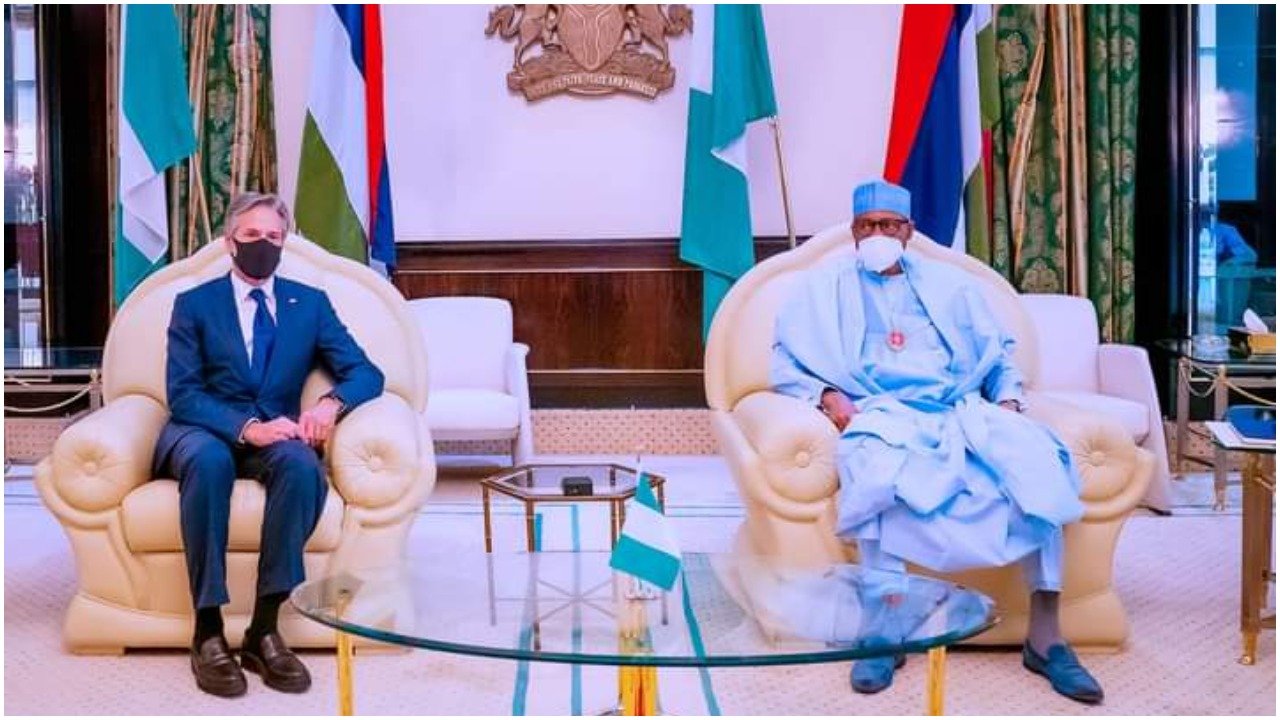 President Muhammadu Buhari on Monday said he will await the steps taken by states, before taking action on the report of the Lagos judicial panel of inquiry on police brutality.

Buhari, who made this known during a meeting with Mr Antony Blinken, United States Secretary of State, said so many state governments are involved, and have given different terms of reference to the probe panels.

Recall that the Lagos State Panel of Investigation in its recently leaked report about the Lekki Toll Gate incident revealed that police and officers of the Nigerian Army intentionally killed and maimed armless youths protesting the extrajudicial killings by the Nigerian police.

Speaking on the recent removal of Nigeria from watchlist of countries violating religious freedom, Buhari expressed appreciation, noting that there was freedom of worship in Nigeria, and no one is discriminated against on the basis of his or her faith.

He said education is a priority in the country, “because when you educate a people, there are certain levels they will not fall below.”

He equally appreciated the United States of America for allowing Nigeria to procure military hardware to fight terrorism in the country, and for the training given to Nigerian military.

“It’s helping us to stabilize the situation in the Northeast, and we’ve made a lot of progress since 2015.

“We are doing a lot on security, and the people involved appreciate our efforts.”