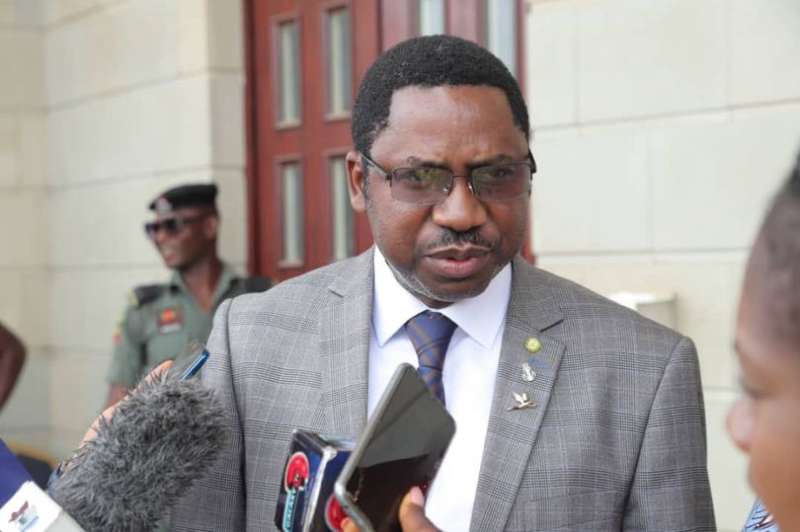 The Federal Government is set to release N36bn to states as part of measures to curb the rising COVID-19 cases and prevent the third wave of the virus.

The Benue State Commissioner for Health and Human Services, Joseph Ngbea, who disclosed this in an interview on Wednesday, stated that the Federal Government promised to release the fund before the end of this month.Ngbea also indicated that state commissioners of health would meet next week with the Presidential Steering Committee on COVID-19 and the Federal Ministry of Health officials.

According to the global body, through the COVID-19 Preparedness and Response Project, the government of Nigeria will provide grants to 36 and the Federal Capital Territory as immediate support to break the chain of COVID-19 local transmission and limit the spread of coronavirus through containment and mitigation strategies.It stated the grants would be conditional on states adopting COVID-19 response strategies which were in line with the Federal Government guidelines and strategies.At the peak of the first wave of the virus, the Federal Government in March last year approved the release of N10bn grant to Lagos State to contain the COVID-19 outbreak.

The Benue State Commissioner for Health and Human Services, Ngbea, on Wednesday, stated that the Federal Government would release the last tranche of COVID 19 funds which would be channelled to specific areas of anti-coronavirus war.He stated, “The Federal Government is already assisting us. It is going to release another N1bn to each of the states as further support.“The N1bn to each of the states is expected to be released by the end of July. That was what they told us. Already we are meeting in Abuja next week.”The commissioner said that the money is the last tranche of COVID 19, adding that there are specific areas the money should be channelled to.

According to him, the Federal Government officials will together with their counterparts in each state plan how the money would be spent.He stated, “The Federal Ministry of Health will send delegates and sit down with all the stakeholders in the health sector and fashion out what the money should be used for. This is what gives us annual operation plan and it must be followed diligently. You cannot deviate from it. If it is for operational vehicles or building of a laboratory, it must be channelled to such.”

The commissioner stated that the state had intensified steps to carry out COVID 19 tests to stem the spread of the disease.Ngbea said that four persons, who recently tested positive for COVID 19 were already in isolation centre at the Benue State University Teaching Hospital, Makurdi.He added that already the state had commenced tracing those who came in contact with them.

The commissioner stated, “We started testing yesterday (Tuesday). I earlier told you that four people tested positive and they are at isolation centre at teaching hospital (Benue State University Teaching Hospital).“We have reagents and I have released N3m for surveillance and to start contact tracing of those who tested positive for COVID 19.

On its part, the Kano State Task Force on COVID-19 called on the Federal Government not to abandon states in the fight against the COVID-19 pandemic.

The Task Force Coordinator, Dr Tijjani Husain, stated this in a telephone interview on Wednesday.He said there was still need for the Federal Government to give technical and financial support to states to enable them to tackle the pandemic.“No state will tell you it does not need any support either technical or financial. So, if the Federal Government can give technical or financial assistance, it will go a long way in checking the spread of the disease,” he said.He said Kano State had stopped community testing because the number of cases had tremendously gone down, pointing out that the state had enough equipment and all that required materials for the treatment of the disease.Hussain said,” We used to conduct community testing because then the number of cases were many but now that the cases are low that is why we suspended the community testing.”

The Akwa Ibom State Government said it would soon commence enforcement of COVID-19 prevention and safety protocols in public places.The state Commissioner of Health, Prof Augustine Umoh, who stated this in a chat with The PUNCH in Uyo, said the state had directed that all protocols be imposed in public places such as mini-buses, churches and others worship centres.“We had a press briefing on Thursday, July 22, 2021 and those protocols were imposed. We are giving the people little time to comply and if they don’t comply we will enforce. So, we are just giving them little opportunity to comply and very soon we will begin to enforce if they don’t comply” Umoh said.

On his part, the Lagos State Commissioner for Information, Mr Gbenga Omotoso, said it was possible that residents of the state were no longer going for COVID-19 tests.Omotoso, in an interview said the state was still conducting free COVID-19 tests in all its sample collection centres.He said, “To the best of my knowledge, we don’t have problem with testing in Lagos State, maybe the people are not showing up for testing. If people show up, the test is still free. “We have enough testing reagents and we are still testing in all the 57 sample collection centres.”‘Bauchi bank officials refused to be vaccinated against COVID-19

’When contacted, the Executive Chairman, Bauchi State Primary Health Care Development Agency, Dr Rilwan Mohammed, said residents of the state were shunning tests.Rilwan also lamented that bank officials in the state refused to be vaccinated.He said, “We do testing now based on request because people have not been coming for it.

We are supposed to have been doing community testing but we are no longer doing it.“The NCDC (Nigerian Centre for Disease Control) gave us support on the laboratory aspect, but unfortunately, people do not want to do the testing and there are no cases.“We have reagents now because the NCDC brings them to us but the problem we have sometimes is lack of diesel to power generators, but the governor is supporting us in that regard.”

Speaking on enforcement of the COVID-19 protocols, he said, “The protocols are there, but we have a lot of resistance. In the churches, people are really adhering to the social distancing and the other protocols.

“But bank officials, except the CBN (Central Bank of Nigeria), refused to receive the vaccination.

Almost all the people in banks refused to take the vaccination and that is a big problem for us because I told them that if any bank has any case of COVID-19, we will seal that bank until all of them get vaccinated.”

Omicron variant confirmed in 23 countries: WHO